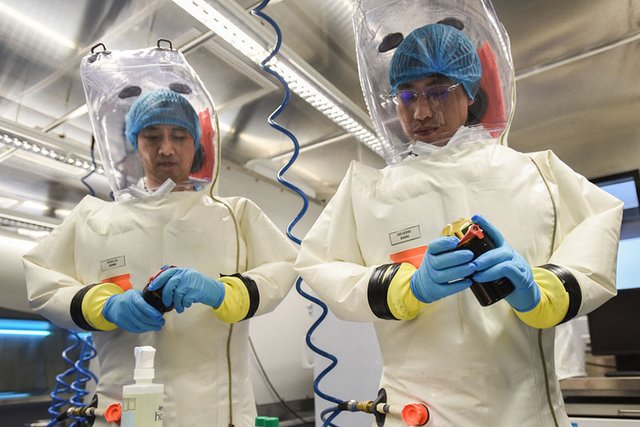 Recently I wrote “Are Bats The Plague Spreaders of Our Time?” In researching that article, I found a study conducted in 2007 by scientists from Wuhan Institute of Virology that concluded horseshoe bats were the source of the 2002 SARS outbreak in China. When I researched the Wuhan Institute of Virology, I found it was home to the National Biosafety Laboratory, which is China’s only level 4 biosafety laboratory equipped to handle lethal pathogens. In June, of 2019 a Chinese scientist Xiangguo Qiu, her husband, Keding Cheng, and members of their team were removed from Canada’s National Microbiology Lab, which is the only level 4 biosafety laboratory in the country. Canadian authorities publicly stated that the reason for the sudden firing of Xianggou Qiu, her husband, and members of her team was a policy breach and that the matter was under investigation. Chronology is important, Xiangguo Qiu was removed from Canada’s National Microbiology Lab six months before the first case of COVID-19 was reported in China as an outbreak of viral pneumonia. It was reported by Canadian media, that Xiangguo Qiu made several trips to China while working at Canada’s National Microbiology Lab. These trips to China were put under a microscope by Canadian authorities who concluded that Xiangguo Qiu breached protocol at Canada’s Microbiology Lab by sending Ebola and Nipah to the Wuhan Institute of Virology. It was also reported that one of the times Xiangguo Qiu traveled to China she trained scientists at the Wuhan Institute of Virology on how to handle level 4 pathogens. “According to travel documents, obtained by CBC News through access to information request, Dr. Oui made five trips to China between 2017, and 2018. Including one to train scientists at the Wuhan Institute of Virology. These trips were funded by a third party, and the identity of the third party is redacted.” I can confirm that the redacted third party was Jean Meriéux-Inserm BSL-4 lab in Lyon, France that helped China build their nation’s only level 4 biosafety laboratory. In 2017, Nature.com reported that “Many staff from the Wuhan lab have been training at a BSL-4 lab in Lyon.” From the moment I knew the Wuhan Institute of Virology had done a five-year-long study on horseshoe bats being the cause of the 2002 SARS outbreak in China, I suspected that the Wuhan Institute of Virology was the source of the COVID19 outbreak. Any mention of this virus coming from a lab in China was immediately disregarded as an outlandish conspiracy theory by mainstream media. Vox, and USA Today both ran nearly identical stories a week apart from each other claiming to debunk any claim that COVID19 came from a Chinese lab. Now that the evidence is overwhelming that it came from China’s National Biosafety Laboratory—which is part of the Wuhan Institute of Virology—mainstream media is reporting that the virus may have come from a lab in China as if it was never dismissed as a conspiracy theory in the first place. Xiangguo Qiu and her husband Keding Cheng have not been allowed to leave Canada since their access to Canada’s National Microbiology Lab was revoked. Two months before her access to the lab was revoked, Canadian media reported that Xiangguo Qiu’s office was raided, and Canadian authorities seized Qiu’s office computer. Aside from how serious the investigation into Xiangguo Qiu seems state officials in Canada have repeatedly denied any connection to the outbreak of COVID19, dismissing the incident as an “administrative matter.” In August, of 2019 reports started to surface questioning why Canada was sending lethal viruses to China. Botao Xiao, a South China University of Technology resident published a study on the possible origins of COVID19 and he concluded that the outbreak originated from a lab in Wuhan China. Botao Xiao in his paper does suggest that the virus could have come from the Center for Disease Control and Prevention in Wuhan, but the Center for Disease Control and Prevention is not certified to handle level 4 viruses. The only laboratory in China certified to handle biosafety level four pathogens is the National Biosafety Laboratory in Wuhan. In conclusion, it is my personal opinion based on the evidence I have gathered that COVID19—which is scientifically known SARS-CoV-2— was accidentally released from China’s National Biosafety Laboratory in Wuhan. During the Wuhan Institute of Virology’s study into horseshoe bats, scientists removed over 600 bats from a rural cave in Yunnan province in China. Scientists brought the back to the Wuhan Institute of Virology where the National Biosafety Laboratory is located. The horseshoe bats were brought to the Wuhan Institute of Virology to be studied, and they currently remain there today. Reports have now surfaced that scientists who worked with the bats were sometimes bitten or urinated on. And because COVID19 has an incubation period of up to 14 days where an infected person will show no symptoms, is it illogical to assume that one of these scientists from the National Biosafety Laboratory may have been infected with COVID19 unbeknownst to them, and then they traveled to Huanan Seafood Market in Wuhan unknowingly causing a global pandemic? I will let people come to their own conclusions.
Written by Joziah Thayer