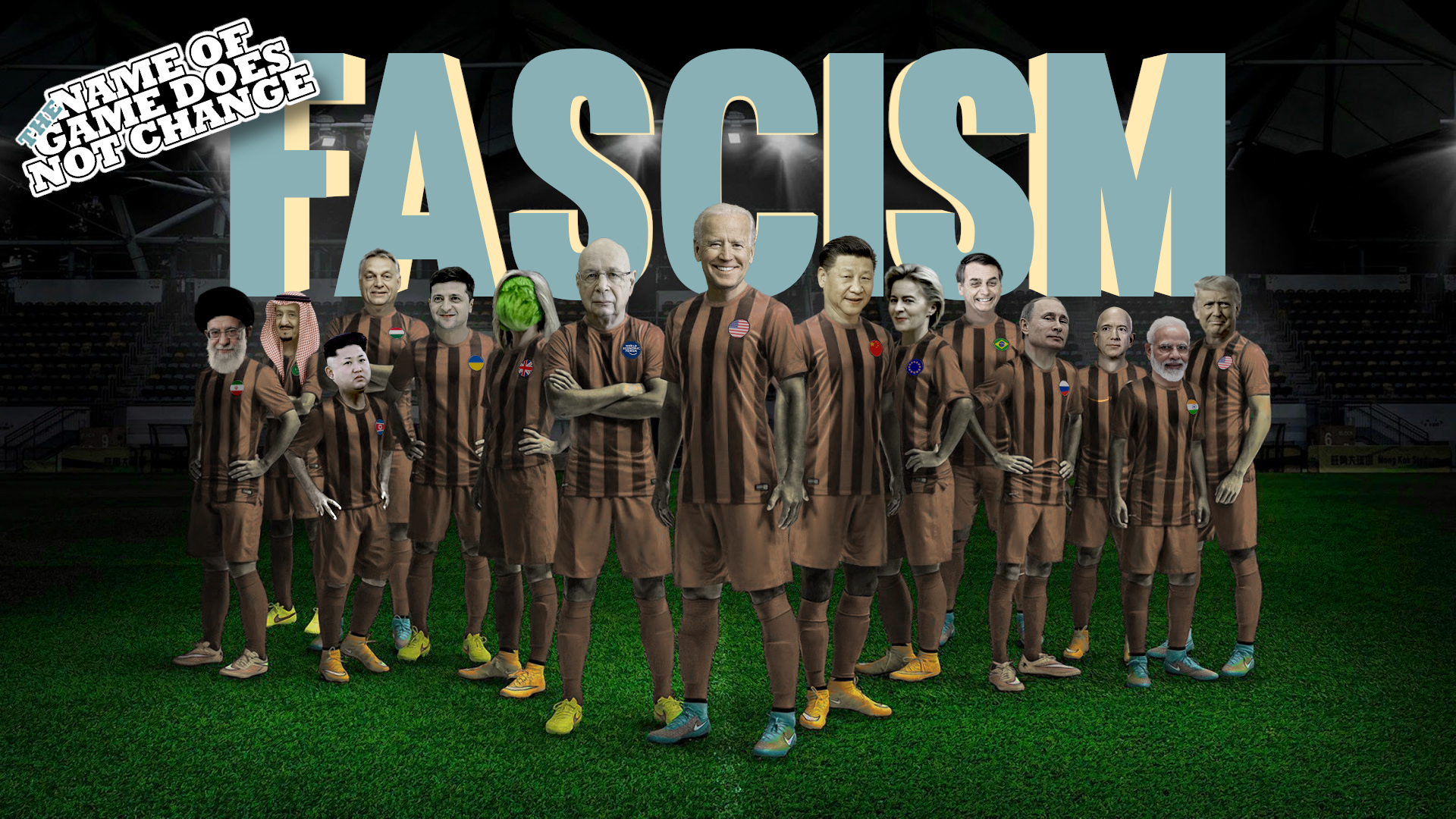 1- The Cult of Tradition; Nationalism, Flags, Slogans, Change is Bad, Harkening Back to an Ideal that Never Existed.
2- The Rejection of Modernism; Industrial Machine is Proof of Power, Enlightenment is Depraved!
3- The Cult of Action for Action’s Sake; Cancel Culture, Thinking-Reasoning-Reflection is Weakness.
4- Disagreement is Treason; Elimination of Political Enemies, Denial of Contradiction, Finger Pointing & Doxxing
5- Fear of Difference; Foreigners, Immigrants, Bigotry Runs Wild, Uniform Conformity.
6- Appeal to Class Frustration; Fear of the Lower Classes, Suppression of Labor Unions.
7- Obsession With a Plot; Creating an Enemy, Fear is Good, Exploitation of Fear
8- Enemies Too Strong / Too Weak;
9- Pacifism is Trafficking With the Enemy; Diplomacy is Damned!
10- Contempt For the Weak; Denial of Human Rights, Ableism.
11- Everybody is Educated to Become a Hero, Militarism, Beauty in Violence
12- Machismo, Sexism, Homophobia
13- Selective Populism, Cult of Personality, Influencers,
14- Newspeak; Controlled Mass Media, Algorithms, Censorship.

There are hundreds more worth of mentioning, fascism isn’t as it used to be in 1938-1945, it has changed among the times. However, the methods haven’t, the end result is the same global destruction by people who have over inflated egos and are misusing their power.

Not a single government institution is under people power today, not even the parliaments. For things to change and cutoff the head of fascist trades the power of balance needs shifting. Change is starting from looking the truth directly in the eyes, not lowering ones gaze, hoping things change on their own.

People who are helping the present power to get away with their propaganda and are working for benefit of the governments are doing unimaginable damage to the resistant and activism. Loyalty and trust belong to the people, not the fascists governments that cheer seeing the people divided. “Who’s side you decide to be?”

The Devil, leader whispers to the MSM, “let’s label all protesters and dissidence as “Fascist Terrorists”. 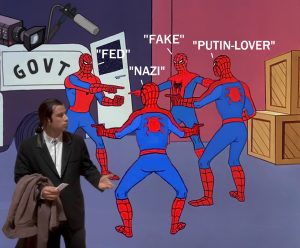 The common misunderstanding of fascism is that it mainly describes far right, supremacist, nationalism and racist political standing. Generally perceived highly undesirable element in societies that lived through the era of Hitler and the consequences after his fall.

“Fascism is a government marked by centralization of authority under a Dictator, a Capitalistic economy, subject to stringent governments controls, militarism, violent suppression of opposition, and typically, but not always, a policy of belligerent nationalism and racism.”

If we are thinking deeper the meaning of above definition, its clear that today’s systems have fascism embedded to in its style and force. The global leaders are forming a system, that gives zero tolerance to opposition, is driven by capitalistic economies, both in Westerns and Socialist countries. Increasing militarization and powers to the governments to influence and manipulate the public opinion. The propaganda machines run hot in all countries, feeding information that is one of the political, power and control oriented, has little to do with the truth, civilians well being, compassion and humanity. If they repeat the same lies often enough, people will eventually start believing on what they are saying.

Today’s governance trends are abolishing the meaning, that fascism can be applied only in context of typical far right or left supremacist movement.

Corporatism is today’s feudalism that is merging with corporate interests embedded to interest of the state. Also named as Fascist/Corporatism, the latter preferred in everyday speech with less negative association.

“Fascists have an agenda that is primarily economic”.

“They claim to be super-patriots, but they would destroy every liberty guaranteed by the constitution. They demand free enterprise, but are the spokesmen for monopoly and vested interests. Their final objective towards which all their deceit is directed is to capture political power so that, using power of the state and the power of the market simultaneously, they may keep the common man in eternal subjection” – H. Wallace

Regarding WEF many people compare them to communism. They are the opposite, like past Kings and Queens, WEF is representing modern days elitist Feudalism, a corporate cartel, seeking to rule over every ones existence. WEF isn’t the “Robin Hood”, some people think, they do little to tackle the climate crisis, lifting people out of poverty or applying to push gender equality. I dare to call them rather fascists, placing themselves on top and throwing coins to those they deem worthy humans. If WEF would be a communist organization, the western countries would never support it.

Considering WEF as a glorious hero is false! WEF has infiltrated many governments and used past years COVID pandemic, to gain more foothold in global stage. The resistance against their plans is growing, because in this instance the opinions made available are not swallowed by the citizens. The pandemic created a huge distrust to countries governments, the way everything was handled and the force used to silence protesters against measures, that this summer were proven scientifically ineffective, ruled by several courts as excessive and disproportionate.

WEF is driving from supremacist corporate fascism. Suppressing opposition, using the wealth and power it has unfortunately acquired. Its members are coming from different countries and political parties, forming an umbrella under which, it can form global economies to drive policies beneficial to its corporate members and surveillance, disguised under noble intentions to crack on opposition and dissidence. A society where the people own nothing and WEF’s members own everything.

In Europe, the increasing militarization, implementing surveillance to suppress dissidence, controlling the internet and what people may say, rapid centralization of power to the EU are signs of fascistic trends, exactly like in the USA, Canada, Australia, India and the UK, just to mention few of the most prominent countries that seek to extend government power and control over people.

It’s hard to see any difference between the countries, how they are governed today. In Russia, China, Saudi Arabia and especially in Western societies, that claim to be democratic nations we see excessive force used towards protesting citizens. Protesters standing up against expanding governments self proclaimed power, that leaves the people without anything in the race of global power grabbing. Justifying using excessive Police force because their citizens have turned to become danger to “Democracy”. Democracy is “The People”, the word was never meant to be used to define a government, that stands by the Corporations, uses its citizens to finance wars or bail out failing enterprise. If there would be democracy, people would have a right to choose, if they prefer to help their fellow citizens, local small store or a farms. As you can see, the right to choose has already been taken away. Respect to human rights is diminishing each day, intolerance is increasing and the only ones who are unaffected are the corporations and countries governments. 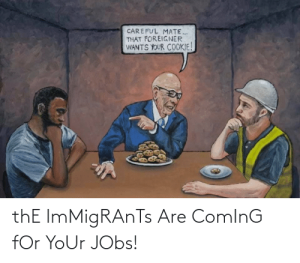 Who influences persons opinion, what makes us think about subjects and matters as we do? We have access to large amount of information because of internet and media, how much we are absorbing preformed opinions that are fed to us, by different actors, can they be considered our own at all is the question.

The government for instance wants the citizens to think in certain way to support their power position. One of the interesting subject is terrorism. 21 years ago the US declared war on “terrorism” after September 11th attack on twin towers in New York, followed by Iraq and Afghanistan war. By naming it, the war against “terrorism” it justified invasion of foreign countries and toppling their Governments, replacing them with the US friendly leadership and exploiting their resources. Basic colonialism under the guise of “freedom” and “democracy”.

In this instance they formed an opinion on “Terrorist” states and their existence.

With a fascist the problem is never how best to present the truth to the public but how best to use the news to deceive the public into giving the fascist and his group more money or more power. – H. Wallace

Manipulating and forming public opinions is an old trick used for centuries. They used it in Julian Assange’s case, using MSM to label him as a narcissistic rapists, still today you find people carrying this opinion as their own, even the truth, that it was fabricated accusation has been published and proven by several experts.

The same trick is used again, against Palestine and Yemen who are both declared as a terrorist states by the USA. First, lets remember that both countries are independent states, currently under illegal occupation. Labeling a whole nation as a terrorist state, is undemocratic and without respecting sovereignty and democracy of the people. Would you tolerate if the US would declare example Australia as a terrorist state, because the government isn’t friendly towards the US politics and policies. Probably not, because its a white race country, relieving an other hypocrisy of justice and preformed opinion, of “whiteness is good and cannot do anything wrong”.

Generalization is dangerous and unjustified. Yet many people are falling to following governments desired opinions as a safe way to think, but it doesn’t do justice to the people in these countries, suffering under unjustified biased label.

In Yemen citizens are starving under blessing of the Western world, because the governments can justify sanctions and arms supply under presumption of “terrorist” state. In Palestine they are labeled not only as a terrorists, but also as anti-semitists, that is easier to see through, as many Jewish people don’t support Israels Zionist government’s apartheid policies and cruel treatment of Palestinians. The west condemns everything under anti-Semitism, regardless that Zionists are political party, not different to democrats or republicans in the USA. Its outrageous how many people have adopted an opinion to merge movements against Zionists as “anti-Semite”, without ever stopping to question, “is it the truth?”. Again using “opinion” borrowed by their governments stance to justify their support to human rights abusing Israel government.

In Europe, the invasion of Ukraine formed an other popular opinion, that Russia is a terrorist state. The freedom of opposing opinion was quickly illegalized by Zelensky’s government. The freedom of the press and unions are made illegal. Ukraine has become a state under Dictatorship, supported by the West, that wouldn’t dare to pass similar policies in their own countries. The European leaders turn a blind eye on declining democracy, in essence it should be their duty to offer guidance and oppose such a drastic measures. Supporting Ukrainians rights, isn’t done by supporting Zelensky, it makes a person complicit to oppressing Ukrainians civil and human rights. In other countries, there is growing intolerance to LGBT communities, women rights and migrants. In Russia they jail opposition and suppress the civil society actions. All of them are signs of fascism.

To conclude, where this started, labeling protesters and dissidence as fascist, by the fascist leaders, is just a deviation technique to distort and manipulate the public opinion. Sure, there are always some fascists, far and left, but they are the minority, majority are people seeking for justice and stand-up against Fascist leaders that have ruined the economy, fueled wars instead of promoting peace. People are justifiably desperate and angry. The followers of the governments narrative are like monkeys, following and imitating their tune. Stop being a follower!

Anyone who fights for freedom, equality and human rights, sincerely, isn’t siding with these regimes, but joining the protest against them, without discrimination. In the end it is all about values, integrity and honesty. It’s our job to stop the ball before it reaches the Goal. In this game there’s only one called “Destroy Humanity”.