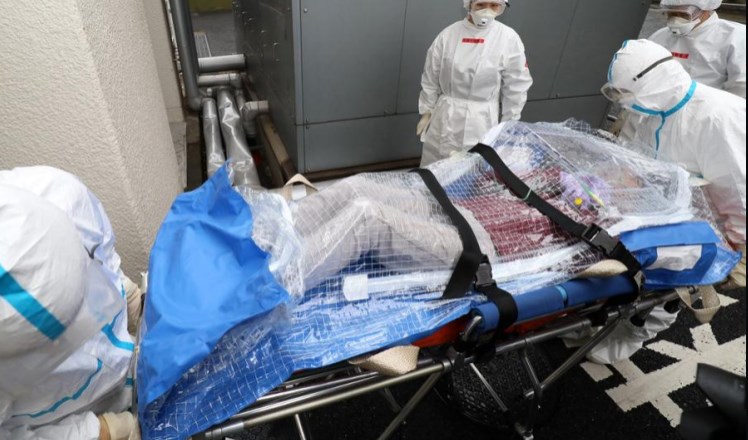 Written by: Smiler and Amber
25.01.2020
***
The new coronavirus is believed to be spreading from animals to human in the Huanan Freshfood Market in Wuhan, first reported in late December in 2019. Coronaviruses are a group of virus that causes diseases in mammals and birds, that causes upper respiratory illnesses when spread to humans.
***
Such diseases spreading from animals to humans are called zoonotic (zoonoses) diseases. This was possible because while in the first animal host, the virus had acquired a series of genetic mutations that allowed it to infect and multiply inside the host of another species, where the same conditions apply to humans.

Coronavirus in general could be transmitted through the air and infect the upper respiratory tract. Such type of viruses would usually be found in mammals and birds. When transmitted to humans, infections could potentially be lethal. Coronaviruses specifically in human commonly cause mild to moderate illness in people worldwide. Two newer human coronaviruses, MERS-CoV and SARS-CoV, have been known for its high likelihood in causing severe illness.
***
Despite symptoms might be mild and would not show immediately after infection, here are some of them for this virus as reference:
– dry cough
– shortness of breath
– difficulty in breathing
– fever (According to latest updates, patients infected by the virus does not show the fever symptom anymore.)
The update from China mentions virus gaining ability to spread stronger. As a result, we can say that the virus is still mutating and adapting for increasing its survival and multiplying.
***
The early outbreak stareted in Wuhan has been suspected to be linked to a freshfood market named “HuaNan seafood market”(華南海鮮市場).  It is reported that the market had been selling live wildlife animals such as peacocks, deers, crocodiles and foxes.  Experts speculated that snakes, being one of the animals sold in the market, is very likely the host of the virus right before human, while a more distant host could be bats.
***
Since mid-Janurary, the outbreak of the virus had been brought to attention by the Chinese government, claiming that there were 27 diagnosed cases of pneumonia, later saying that it is a new virus.  The ourbreak spreaded unnecessarily faster than it should have, due to the lack of appropriate and timely report of cases in Wuhan, which led to insufficient alert among its people.  Since the 11th until the 15th, the Chinese government had claimed that only 41 diagnosed cases had occured and did not alarm its citizens enough about the potential threats.  Without sufficient precautions for the virus, 17th to 19th marked the beginning of massive outbreak, where the reported cases went from less than 50 cases, to over 200 (300% increase) within three days. Top microbiologist Yuen from HKU warned the new coronavirus could be highly infectious.

World Map of Wuhan Pneumonia outbreak areas
The new coronavirus is similar with SARS in the sense that both of them are coronaviruses, and likely to have been originated from bats. However the new virus is more dangerous according to microbiologists and virologists, if they have actually spread from snakes to man. As coronaviruses are long agreed to occur only in mammals and birds, but the fact that it had for the first time adapted to a reptile host, implies that the virus had adopted a new mutation stronger than ever before. Wuhan Pneumonia is a group-2B coronavirus, a severe acute respiratory syndrome genome, with around 80 per cent similarity to SARS. Its primary source was likely to be bats, like SARS, and it attacks humans through a cell receptor known as ACE2.
***
Leung, dean of medicine at HKU, warned the virality of the new coronavirus was no weaker than SARS in 2003. “Hong Kong or Macau or other world cities could easily become another Wuhan or another 2003 Hong Kong,” said Yuen, amicrobiologist from HKU, referring to the SARS outbreak in 2003.
***
The epicenter of the virus is Wuhan and all cases seem to spread from there, with no other sources elsewhere yet. As of today, diagnosed cases had increased to 1785, while the death toll increased to 55, with ages ranging from 55 to 87. Despite the fact that epicenter is Wuhan, it had spread to 11other countries, namely Australia, Thailand, Malaysia, Singapore, Vietnam, Nepal, Pakistan, France, Japan, Korea and America. All numbers of deaths are seen in mainland China, 38 of those are in Wuhan.
***
What people can do to avoid catching the virus:
– Wash hands regularly with soap (e.g. before handling food or eating, after going to toilet, or when hands are dirtied by respiratory secretions after coughing or sneezing).
-Ventilate house.
-Cook meat sources very well.
-Wear N95 masks outside and public indoors.

N95 medical masks to decrease the likelihood of catching virus through air
***
-if you have the symptoms of the illness go to a hospital where the test for the disease is made.
– Avoid spending a long time in crowded public places.
– Healthcare workers must be informed about how to perform a fit check (PPT, 2.9 MB) . (see link: https://www.health.qld.gov.au/clinical-practice/guidelines-procedures/diseases-infection/infection-prevention/transmission-precautions/p2n95-mask)
-Avoid contact with live animals including poultry and birds, and consumption of raw and undercooked meats.
-Cover your mouth with a tissue paper when coughing or sneezing, and dispose the soiled tissue paper in the rubbish bin immediately.
-Seek proper medical help if you are feeling unwell.
***
Sources:
https://www.wsj.com/articles/what-we-know-about-the-wuhan-virus-11579716128
https://www.nytimes.com/2020/01/25/world/asia/china-coronavirus.html
https://www.caixinglobal.com/2020-01-25/wuhan-virus-latest-china-reports-second-pneumonia-linked-death-101505300.html
https://www.scmp.com/
https://edition.cnn.com/2020/01/22/health/snakes-wuhan-coronavirus-outbreak-conversation-partner/index.html
https://en.wikipedia.org/wiki/2019%E2%80%9320_outbreak_of_novel_coronavirus_2019-nCoV
https://www.rfa.org/mandarin/Xinwen/WUL0121A-01212020021222.html/WUL0123A-01232020012856.html#.XilBYlZXb98.twitter
https://www.nytimes.com/interactive/2020/01/21/world/asia/china-coronavirus-maps.html
https://www.hk01.com/
https://udn.com/news/story/120936/4303662
http://theconversation.com/should-we-be-worried-about-the-new-wuhan-coronavirus-130366
https://www.rfa.org/mandarin/yataibaodao/huanjing/wy-01232020103102.html
https://www.thestandnews.com/society
https://time.com/5759289/wuhan-pneumonia-outbreak-disease/
https://youtu.be/oAc3Te9B6Y8
https://lih.kg/1840532
https://www.scmp.com/news/hong-kong/health-environment/article/3047645/china-coronavirus-hong-kong-students-get-two-more
https://www.scmp.com/news/hong-kong/politics/article/3047660/china-coronavirus-hong-kong-leader-adopts-advice-medical
https://www.epochtimes.com/b5/20/1/24/n11818893.htm
anonymousanonymousbitesbackanonymousworldwidechinacoronavirusHong Kongnewswuhanwuhan pneumoniawuhan viruswuhanchinawuhancoronavirus