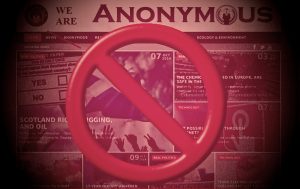 This website is ran by activists from all over the world who utilize the idea of Anonymous.
The goal of this website is to provide information and news about important events and operations that exist among the Anonymous collective.

Anonymous is not a group or organization. Anonymous is an idea that anyone can use when fighting against censorship and oppression.

Anonymous as an idea is bulletproof.

Those who follow ‘The Creed’ are Anonymous. Those who make the attaining of knowledge their highest priority, are of the collective.