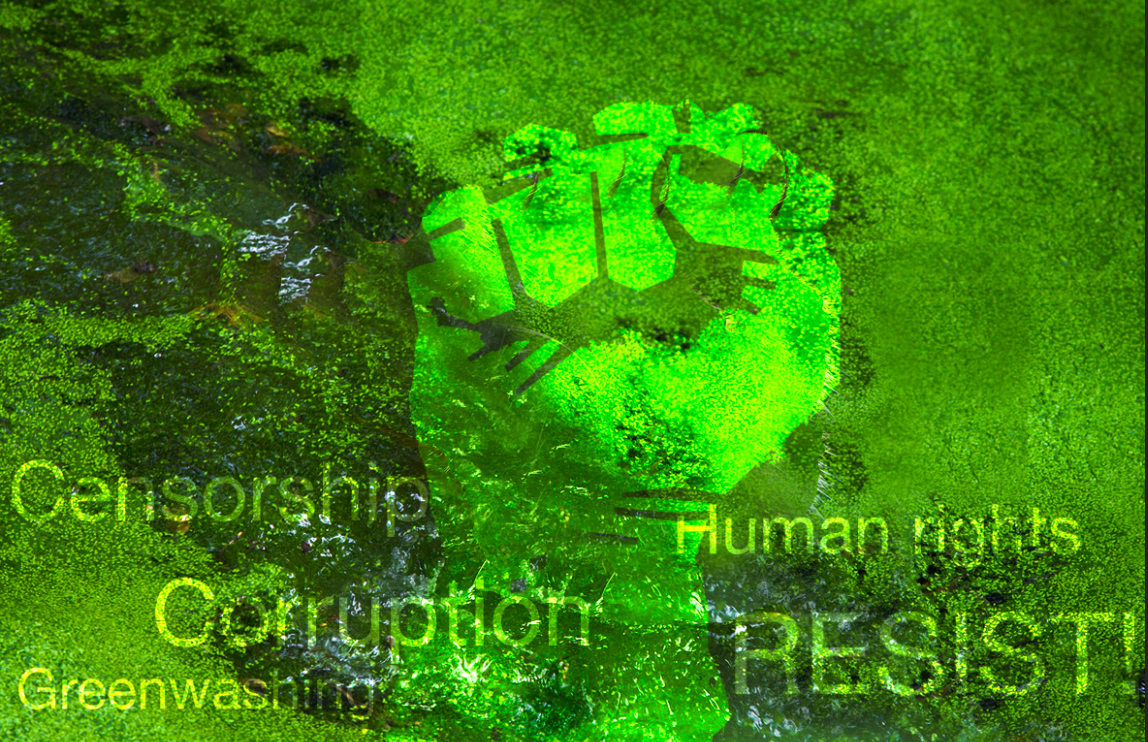 “Corruption isn’t limited in taking bribes. The definition is including corruption of minds, where the persons are using every method in their power, to make the world believe that their actions are sincere and in the best interest of the people, while the main purpose is to deceive and bend the truth to gain full control over you.”

Ursula von der Leyen, the former Defense Minister of Germany (2013-7.2019), was elected as a president of EU in 2019. Her former career was stained with external contract deals without following the procurement rules, wiping clean her mobiles when asked to hand them over and over spending. In 2015 von der Leyen initiated Germany starting arms exports to Saudi Arabia and Turkey, making Germany to take part in Yemen war destroying lives and dreams.

From 2016 to 2019 the ‘Bundeswehr’, engaged in “secret mission” in Cameroon, training Cameroon forces against the ‘terrorists’. The world didn’t know about it nor the German Parliament. It’s an intriguing thought, that all this time, there’s a total media blackout of the genocide taking place in Southern Cameroons. Blackout, including which nations are aiding Paul Biya to commit these crimes. EU Parliament made a statement in April 2019, against the human rights abuses, followed by response from the Cameroon Government, labelling the Ambazonian’s as a terrorist threat. In September 2019, the EU pledged its continuing support to Cameroon and since then, nothing. There are too many coincidences to call it just one more, among the others.

Since 1.12.2019 under its new leadership, EU has become more closed fortress, where secrecy rules, transparency is a illusion and over spending a rule. The EU Commission leader supports EU strong Boarders initiative, establishing EU’s own defense force, she shakes hands with China, Vietnam and other nations, who are guilty on Human rights abuses, oppressing freedom of the press and specialized on censorship and surveillance. EU Commission speaks about the terrorist threats and wants to establish Europe wide mass surveillance system, with her “External” contractors, including Black Rock and Palantir. (Black Rock is also a shareholder of Palantir.)

EU Commission recently defended their external contract award with Black Rock, making an investor, who is profiting from fossil fuels, wars, Amazon rain forest destruction, mining (via its Rio Tinto shares), in charge of creating tools and mechanisms for integration of ESG factors, in the EU banking Framework and as an advisory to Banks’ Business Strategies and Investment Policies. Regardless of opposition from the EU Parliament and civil society groups informing her / EU Commission from existing conflict of interests.

The president of the EU had an off the record meeting with Palantir CEO Karp in Davos, without any notes or records from the meeting. When she was asked about it by a Dutch MP, Sophie in ‘t Veld, she received only partially response to her questions from the commission and only after posting them publicly in lack of timely response. The answers received where evading rather than transparent and conclusive.

Under COVID19 pandemic, several countries have issued state of emergency, which allows them to pass on policies directly, in restrictions of freedom of movement, tracing people, enforcing electronic passports for vaccinated people, resulting to social discrimination. EU Commission has also made a proposal for mass surveillance, handful of MEPs have objected, which is including the authorized usage of biometric surveillance on public places if the need falls under, “in order to safeguard public security”.

A year ago, at the beginning of the COVID 19 pandemic, Palantir negotiated with several member states governments, who were investing in tracing apps, few refused their help, while some accepted, obviously these are only fraction of the instances we are aware of. COVID19 pandemic is used as an excuse to trace people, but having mass surveillance as the final permanent goal. In UK they used Palantir to speed up their vaccine rollout using peoples GPS data. Where the people asked consent or informed about it before intruding their privacy? If the UK did it, what prevents the authorities in EU from doing the same everywhere? Palantir is already infiltrated in the European networks under different names, “Gotham” one of them, in Europol, Aviation, Police force.

Freedom is a fundamental Human right – Regulations, its enemy

EU and governments have no right to rule over our lives and privacy. Majority of people agrees with open borders, because it’s convenient, but there’s a limit. The EU is financed with our money, we pay for them to decide curvatures of bananas and other ridiculous rules. Why should we pay them for regulating our lives too?

EU Commission’s leadership, who is lacking transparency, makes it evident, that the EU today is comparable with any other Authoritarian regime, where secrecy rules and citizens are exposed. Any whistleblower, anonymous source, giving out information to the journalists, investigating to the EU / Governments affairs, can be prosecuted as criminals if the current trend isn’t stopped. Austria has already taken first step to censor leaked content it’s a matter of time when others will follow. There are more secrets which are damaging the reputations of the elites, than honest actions, respecting fundamental human rights. If they have nothing to hide, why isn’t their content up on the web for everyone to see?

Everyone can resist, single stance might seem insignificant and useless, but it isn’t. The more people will join the action, to claim back their rights and freedom, the more powerful the resistance becomes. Inside EU, under GDPR, we can refuse giving out anything at all about ourselves or having our data stored anywhere. Possibly a creation, the EU learns to regret when used against themselves.

To free the world from the egoistic, intolerant powers, spreading knowledge where it matters most, is the key. Encourage the new generation influencers to include what they know, specially the YouTubers, to their shows. Because too many people are manipulated to just sit in their rose gardens, fertilized by ignorance and indifference, secured by a locked gate, only the Governments have the key.

One thought on “The EU Authoritarians”