Breaking news: Commander X kidnapped from Mexico and taken to the United States 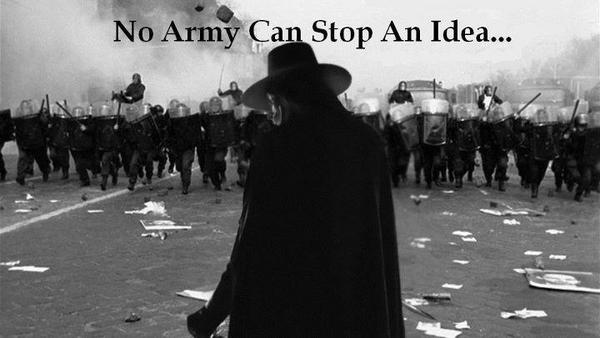 Our brother, activist Commander X has been arrested and taken from his location in Mexico. He currently resides at an unknown location in the United States.

2 persons showed up at his location and eventually took him away. After 24 hours of no further information we decided to launch his defense campaign.

This is what we know: 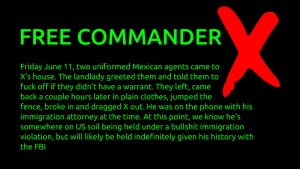 We can not stand by and do nothing while our brother is locked up. Please give as much attention to this situation as possible to make sure nothing unconstitutional is being done to him.

Who is Commander X:

Christopher Mark Doyon, aka Commander X, personifies the trajectory of American activism “from the streets, to the Internet, and then back to the streets,” says journalist and author David Kushner, one of several observers, compadres, and detractors who provide the context—and, sometimes, reality check—in which Commander X’s rough and righteous odyssey unfolds.

Doyon is an old-school revolutionary. As a computer-smitten teeager, he fled a difficult childhood in rural Maine, moving Zelig-like through various activist hotspots and taking up hacking long before most of us had heard the term. He considers himself a freedom-fighter who’s helped shape the 21st century.