On Arrest of @Doemela_IX and CgAn

With Doemela admin of cyberguerrilla.org/info I was arrested on 21 January by the Dutch judicial authorities in connection with a French / EU investigation into attacks on websites of the French government. I am questioned in two cases: a Dutch one (Bonnota investigation) and a French one (Pommerant investigation)

Arrest was for:
Title V. Crimes against public order
Article 138ab
1.
A prison sentence of no more than two years or a fine of the fourth category punishes, as guilty of a computer breach, a deliberate and unlawful intrusion into a computerized work or part thereof. Intrusion occurs in any case if access to the work is acquired:
by breaking a security,
b. by a technical intervention,
c. using false signals or a false key, or
d. by assuming a false quality.

And for Article 55 Weapons and Ammunition Act 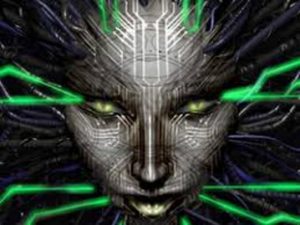 I am arrested because basically for tweets about the Syrian Kurdish uprising (links to public news sites) AND I used the hashtag PKK. So they think I am linked to the YPG and PKK. Case will go to court (Politierechter they can impose a penalty of a maximum of one year in prison) probation service say they see a 2 year conditional punishment so no prison and monitoring for Article 138ab for Article 55 they found a gun made by my son and two signal guns used by my father for distress on sea both had no ammunition, so they dropped that.

French side that is still ongoing no request of extradition French interrogation is only to find out who did those attack and French find me responsible for allowing post with links to other servers and running the IRC whereas the French see it the attacked was orchestrated. They got nothing because there never was anything we keep server clean of personal info same goes for home devices we utterly do not care who people are IRL (I exist without skin colour, without nationality, without religious bias… I’m judging people by what they say and think, not what they look like.) so why save or collect that kinda stuff.

But both things are actually based on freedom of opinion. Regardless of the opinion of the French government of the YPG or PKK, I have the right to publish this information online and have not violated any laws – certainly not for terrorism. Questions by the French authorities for the mere handling of these topics for blog, as a publisher / journalist via CyberGuerrilla, is only a rough representation of discrimination against Islamic heritage in popular culture.

French try to find any link possible to make Anonymous the same status as the PKK. Any admin/owner of an Anonymous server/blog or … needs to know they are a target by the French state for basically that that state see Anons, Anonymous and anybody linked to… as a threat.