Are Bats The Plague Spreaders Of Our Time? 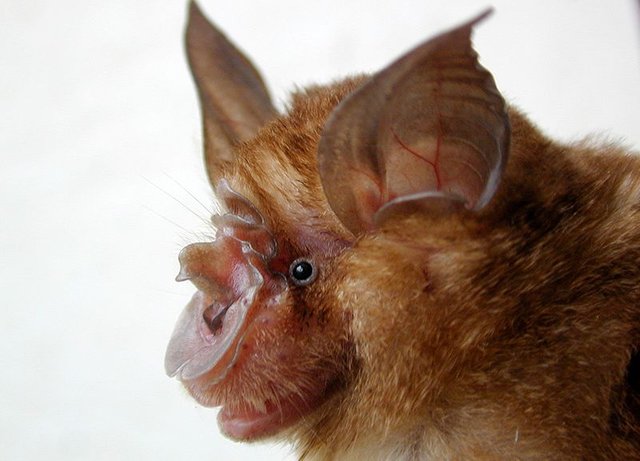 In this article, I will research the similarities between SARS, the Nipah Virus and SARS-CoV-2 (COVID-19). I am not a scientist nor a virologist. I am an independent researcher and an informationist. I have obtained numerous scientific studies that may be hard for the public to find, but contain vital information in the public’s interest. All of the information presented below was collected from the open internet.

“Coronaviruses are a large family of viruses that usually cause mild to moderate upper-respiratory tract illnesses, like the common cold, in people. However, three times in the 21st-century coronavirus outbreaks have emerged from animal reservoirs to cause severe disease and global transmission concerns.” – (National Institute of Allergies and Infectious Diseases)

Severe Acute Respiratory Syndrome is more commonly known as SARS, it was first discovered in 2002 and completely disappeared in 2004. Chinese scientists scoured China for 5 years after the SARS outbreak of 2002 to try and find the genetic origins of the SARS Virus. They discovered the genetic origins of the virus which came from horseshoe bats in a remote cave in the province of Yunnan.

Virologists found a large population of horseshoe bats in Yunnan and studied them for five years. Dr. Shi Zheng-Li and Cui Jie led a team in 2007 from the Wuhan Institute of Virology in China sampled thousands of horseshoe bats across China.

According to the study done by Dr. Shi Zheng-Li and Cui Jie and their team, they took 15 strains of the virus from the bats and found that all of the strains, when they are put together contain, “genetic pieces that make up the human version.”

“Knowing the high genetic diversity of bat CoVs, we carried out a systematic phylogenetic study of the viruses and their hosts to examine evolutionary relationships between bat CoVs and bats. The aim was to further investigate the origin of SARS-like CoVs and SARS. Our results suggest host-pathogen divergence and host shifts in the recent evolutionary history of these viruses and their hosts. We discuss host behavioral traits and viral traits that might have given rise to these patterns and comment on the implications of our findings for the emergence of SARS-CoV.”

SARS is important to the current outbreak of CoVID- 19 for many reasons, one being that they are very similar. The World Health Organization and the Center for Disease Control both state that SARS and COVID-19 are not the same viruses, but their websites list vast similarities between COVID-19 and SARS.

The Center for Disease Control states the symptoms for SARS are:

“In general, SARS begins with a high fever (temperature greater than 100.4°F [>38.0°C]). Other symptoms may include headache, an overall feeling of discomfort, and body aches. Some people also have mild respiratory symptoms at the outset. About 10 percent to 20 percent of patients have diarrhea. After 2 to 7 days, SARS patients may develop a dry cough. Most patients develop pneumonia.” (Symptoms of SARS CDC)

The World Health Organization describe the symptoms of COVID as:

“Fever, tiredness, and dry cough. Some patients may have aches and pains, nasal congestion, runny nose, sore throat or diarrhea. These symptoms are usually mild and begin gradually. Around 1 out of every 6 people who get COVID-19 becomes seriously ill and develops difficulty breathing. Older people and those with underlying medical problems are at higher risk. People with fever, cough and difficulty breathing should seek medical attention.” (Symptoms of COVID-19 Word Health Organization)

The World Health Organization defines the incubation period for COVID to, once again, be very similar to SARS:

One of the main differences between SARS and COVID-19 is that SARS was only around from 2002 to 2004 and had a much higher death rate. SARS infected over 8,000 people and killed 10% of those infected. COVID-19 is 10x more contagious than the common flue, but it has killed 0.1% of those infected. Which is why the scientific name for the virus that causes COVID-19 is SARS-CoV-2.

“If the bee disappeared off the face of the Earth, man would only have four years left to live.” – Albert Einstein At the time of writing this, 638,146 people around the world have been infected with COVID-19. Einstein warned what would happen if we allowed bees to die out perhaps we overlooked bats? Bats are one-fifth of the total mammal population, they are the earth’s only mammal that can sustain flight, and the only species on this planet with a bigger population than bats are rodents. Rodents have brought about plagues in our past and killed an untold amount of people lets not let bats become our generation’s rodents.

Written by Joziah Thayer – You can find more of my articles on wedacoalition.org 3 thoughts on “Are Bats The Plague Spreaders Of Our Time?”