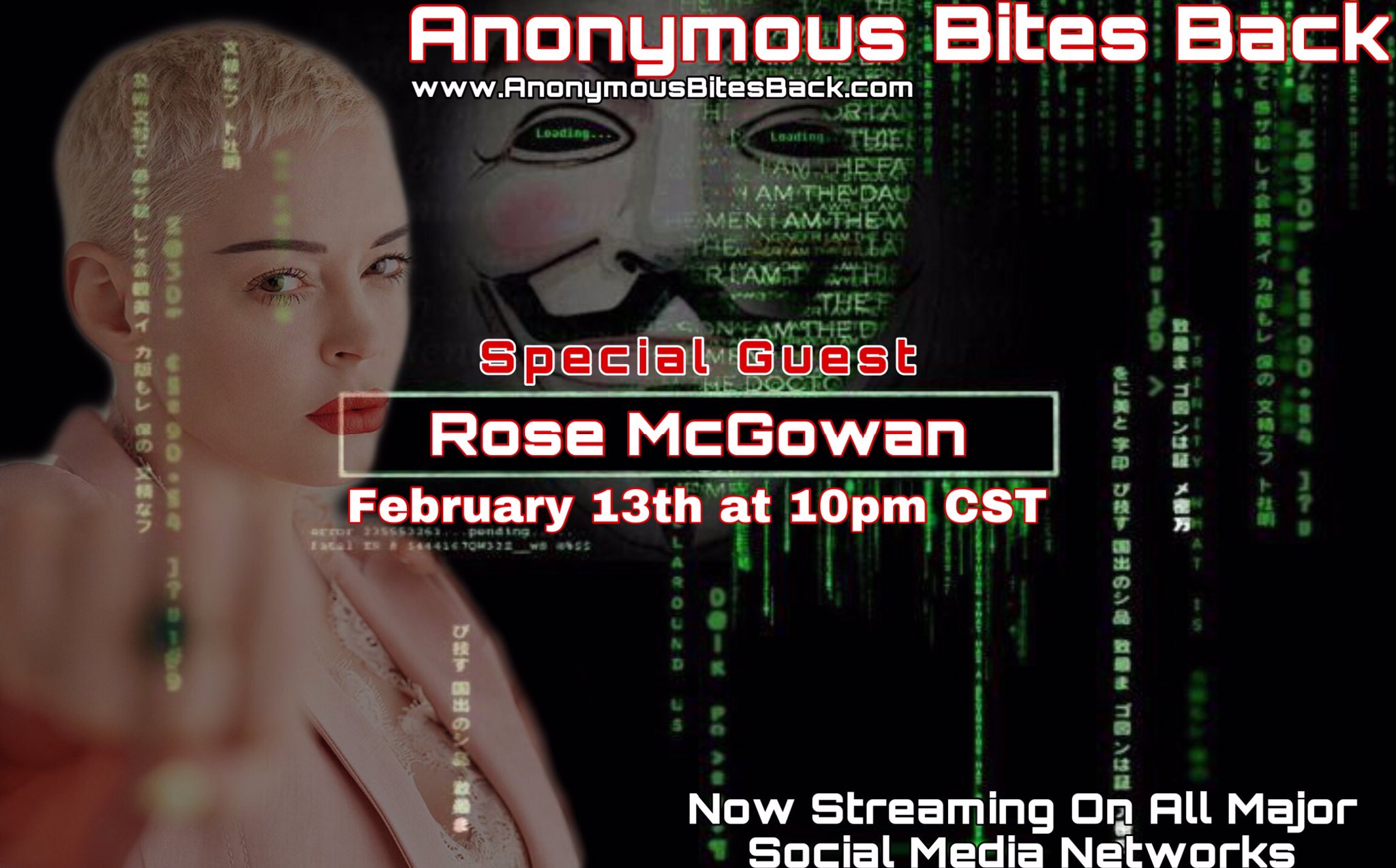 In a special episode that will air tonight, Anonymous Bites Back will have activist Rose McGowan on.
We will talk about Hollywood, her personal story and more.
As an independent free speech initiative, we will cover aspects of her story that you will never see anywhere else.

Rose McGowan has used her high-profile Hollywood status as a means to campaign for women’s rights.
She has been vocal in the sexual harassment scandal surrounding movie mogul Harvey Weinstein.

On October 12 2017, McGowan exposed the fact that Harvey Weinstein had raped her, and that Amazon Studios dropped her project after she complained. On the same day, McGowan said that Twitter suspended her account for 12 hours after she repeatedly tweeted about Weinstein’s sexual misconduct, including toward her. Many Twitter users expressed outrage over her account being locked. After the tweet was removed, her account was unlocked several hours before the 12-hour ban was set to expire.

Through his lawyer, David Boies, Weinstein at one point hired the private intelligence agency Black Cube to spy on McGowan and to stop outlets such as The New York Times and The New Yorker from reporting their investigations on Harvey Weinstein.

What Rose McGowan has experienced over the past few years illustrates an uncomfortable reality: People who speak out publicly about instances of assault and abuse do so at a substantial cost. The cultural microscope they’re put under exposes every personal foible, every biographical blip, every vulnerability. If they appear erratic, or act in ways that don’t seem to conform to long-standing ideas about victimhood, the response is often to doubt their overall credibility rather than to consider how their behavior might be affected by trauma and stress.

You will hear all about this on tonight’s broadcast.

The Anonymous Bites Back episode will go live around 10pm CST.

Make sure you subscribe to the Youtube channel so you get a notification when Anonymous Bites Back goes live:

Afterwards the stream will be embedded in this post so you can always watch it back.

As a backup mirror, the episode will also be broadcasted on the Another Voice channel.

If you want to give your opinion or if you have questions, use the Youtube chat next to the stream. It will be monitored and what you have to say will be mentioned on air.