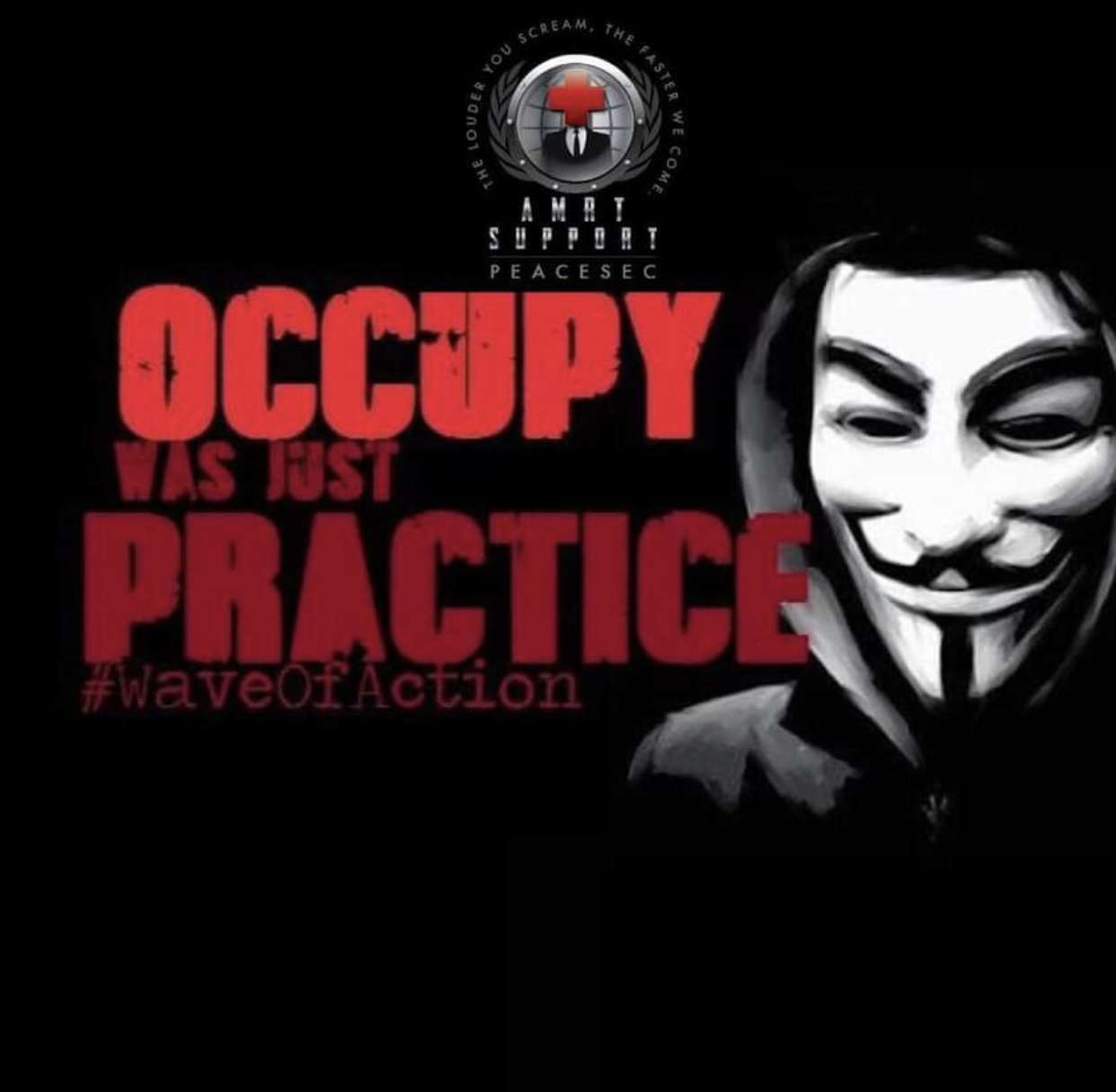 Protection from Electrical Weapons:
For every attack, a defense. Since stun guns have found their way into common usage, people have discussed how to successfully defend oneself from them. The answer isn’t quite as complicated as it might seem. The basic premise is: you allow the electric prongs to complete their circuit before the electricity goes into your skin.

With the newer TASERs, at least, you can’t just allow the prongs to not penetrate into your skin because of their “shaped pulses” that somehow shock you through clothing. Further, it’s been suggested that you can’t just complete the prongs circuit, be- cause if the prongs are in you, you’ll get shocked and/or burned.

While we’ve found no information on DIY methods being tested, we did run across the commercial product announced early in 2008, a fabric called ThorShield, manufactured by G2 Consulting and distributed by Point Blank Solutions Inc. It is only avail- able to law enforcement, military, and manufacturers of products for those two categories. But their patent #7284280 is online.

The idea is to have three layers of fabric. The first layer, closest to the skin, needs to be tough enough to repel the prongs, non- conductive, and heat-resistant. Heat-resistant because one of the biggest dangers of this armor is electrical burns caused by the conductive fabric. Kevlar and other ballistic fabrics are the most likely candidate, although they aren’t cheap. Kevlar, the least ex- pensive, will run around $32 for two square yards. Note that Kev- lar comes in three grades: 149, the weakest, 49, used for structural elements, and 29. 29 is the ballistic stuff, which you’ll most likely want. Leather might be a candidate as well, perhaps backed by thin rubber (like biketube). Multiple layers of any of these would be a good idea.
The middle layer is the active layer and it needs to be conductive, ideally with a material that doesn’t emit much heat while con- ducting. Copper has been suggested as ideal for this, and is avail- able in non-soldered mesh. There are also conductive fabrics like FlecTron, which come with copper thread woven through, costing about $60 for two square yards.

Then there’s the third, outer layer. This needs to be heat resistant and nonconductive. Heat-treated nylon or cotton is sug- gested in the patent application. The point of this layer, near as we can tell, is to keep your clothes from catching on fire. It’s possible that the material which tents are made out of would work, as well as children’s pajama pants, as both are treated for heat.

***Note that we have not tested these theories as of yet, and would love any further information. One DIY solution, probably the cheapest, would be copper mesh sandwiched between two layers of leather. Hopefully the two layers of leather will provide enough stopping power. The pricey but more concealable solution would be Kevlar, conductive fabric, and then a layer of heat-blanket style fabric such as “pyroguard”.
It has been suggested that this armor need only protect the torso (front and back). Cops are supposed to shoot the Taser so that one prong goes into your torso and one goes into your arm, but one person we asked opined that if one of the prongs is stopped then the circuit cannot complete.

The biggest loophole in this armor is the cop themself. Cops seem to use stun guns in two different situations: on unruly but non-shootable people, and as an alternative to lethal force. If you get shot with a stun gun and you don’t go down, it’s quite likely the cop will turn to live ammunition. Of course, you could always drop to the ground and act as if stunned, for whatever purpose. In protests, cops are usually using stun guns as just another less-lethal weapon and are unlikely to resort to live ammunition.

Protection from Chemical Weapons:
Do not wear contacts. chemical weapons irritate the eyes and wearing contacts will greatly aggravate the problem. If you are wearing contacts when you get gassed, getting them out is your first (painful) priority.
Avoid putting oil on your skin, like oil-based sunscreen or any other body oil. This can exasperate the pain of chemical weap-
ons. A rain jacket or other water -proof or -resistant material will do you good, because chemicals can otherwise soak into your clothing and continue to irritate you long after your exposure.

Wear a mask around your neck/face and goggles on your forehead and you can get protected pretty quick. Usually the police will brandish their weapons a bit (either to cause fear or to announce their machismo, it’s unclear which) before firing, but not always. If you see the cops putting on gasmasks though, it’s a safe bet you should do the same.

Respirators come in “air-purifying” models, which filter existing air (and are what you want) and “atmosphere-supplying” models that have their own gas tanks that aren’t necessary for protests (unless you are protesting on Mercury or something, of course!). There are full-face respirators (usually these are what are called gasmasks) and half-face respirators. Gasmasks are more convenient since you won’t need goggles as well, but be sure to get one with shatter-proof lenses. Some models provide better visibil- ity than others as well, and visibility is crucial in militant protest situations. Full-face gasmasks often accommodate glasses as well, which is important since you won’t be wearing your contacts.

A gasmask is only as useful as its cartridges, and there are dozens of types, each made to filter different chemicals. You want one, like the CP3N cartridge by 3M, that is designed for riot pro- tection. It looks like most military gasmasks come with filters de- signed to protect from chemical weapons, and are often found at pretty cheap surplus prices. Beware, however, that cartridges more than 10 years old might be expired and are potentially toxic.
“Disposable Particulate Respirators”, aka dust masks, are not effective protection against chemical weapons; they are intended for large airborne particles and not for gasses. That said, they’re probably better than nothing. The same goes for bandannas. A bandanna, soaked in vinegar (with apple-cider being the preferred aroma), will give you a few minutes respite from teargas. If you don’t have a gasmask, keep a bandanna soaked in vinegar in a ziploc bag in your back pocket or something. After you’ve been sprayed or gassed, you’re going to want to change bandannas (and ideally, clothes) as soon as possible anyhow.

You’re going to want goggles that don’t use little foam bits to seal to your face; find the ones with rubber/plastic instead. If your goggles have holes for ventilation, close them up with epoxy (better) or tape (easier). This means your goggles are going to fog up a lot. Sorry. Goggles are pretty essential protest gear if you don’t have a gasmask. Possibly even if you do have a gasmask, because you can wear the goggles up on your forehead and put them into place pretty instantly.

Protection from Impact Weapons:
Making armor is fun and rewarding. A countless number of methods have been utilized throughout the years, but one solid principle for protection from impact weapons remains: the shell- soft method. Basically, you want a hard outer shell (metal, plastic, whatever) on top of a soft inner layer (foam, layered street cone plastic, quilted cloth, layered leather, etc.). The hard outer layer spreads the kinetic energy of the blow (whether by riot gun or baton) across a wider area, which is then more easily absorbed by the softer layer below. When there is a line of cops and a line of protestors, the cops will have limited targets (particularly when they are wielding riot shields) and will most often use overhead blows, aiming for the head, collar and shoulders. In a more dispersed situation, it seems likely they’ll go for their usual targets (see picture with this post) Projectile weapons are supposed to be aimed below the breast line, but of course people get shot in the face occasionally as well. They like to target knees with baton rounds.
It’s easiest to get sports gear from goodwill and similar places. Making an effective piece of leg armor is kind of annoying. Don’t forget to guard your kidneys (the sides of your lower chest), as they are very jab-able. Motocross armor is pretty amazing stuff, light and fairly low-profile under other clothing (although it’s pretty easy to end up looking like a football player with armor under your clothes).

For goodness sake don’t forget a helmet. Even a bike helmet will help from overhead blows, but you might want to consider an old-fashioned cannonball-looking motorcycle helmet, as they cover the back and sides of your head as well. Make sure you can still put on your chemical weapon gear under it though. And yes, all this protection is hot, but I can tell you that being too hot will be the last thing on your mind unless you’re out for hours and hours with huge breaks in the action. Shields are very conspicuous, and they kind of scream “target me for arrest!”, but they are also incredibly useful. The police use riot shields made of shatterproof plastic, which are nice if you can get them. Wooden shields are remarkably heavy but can be made quite simply. For any shield, you want to attach a loop and a han- dle: your arm goes through the loop and holds onto the handle, giving you two points of contact with the shield.
Lightweight shields can be cut from traffic barrels or those blue plastic 50gallon drums. I suppose a pretty badass but kind of heavy shield could be made from a metal 50gallon drum as well. Large groups with shields (and/or reinforced banners) are incredibly useful for street tactics as well, but that is beyond the scope of this post.

Protection from ADS:
There isn’t much information available about defense from ADS weapons, but what info there is is quite promising. Apparently, electromagnetic radiation cannot penetrate conductors; this is why there is a mesh shield on the front of your microwave. The heavier weight of ThorShield, that anti-taser fabric, claims to be effective against ADS. Unfortunately, the mesh of a conductive fabric will apparently need to be very tight in order to pro- tect from the 95ghz beam. Tinfoil might work well. Other sources claim that the conductive fabric would need to be grounded into something, which makes resisting it much harder, but that isn’t verified information.

It’s been suggested that basically, a shiny shield like an old- school trashcan lid might work. And finally, we’re talking about a single raybeam being fired from a gigantic dish on top of a humvee, one that is intended to keep people moving. So… move!