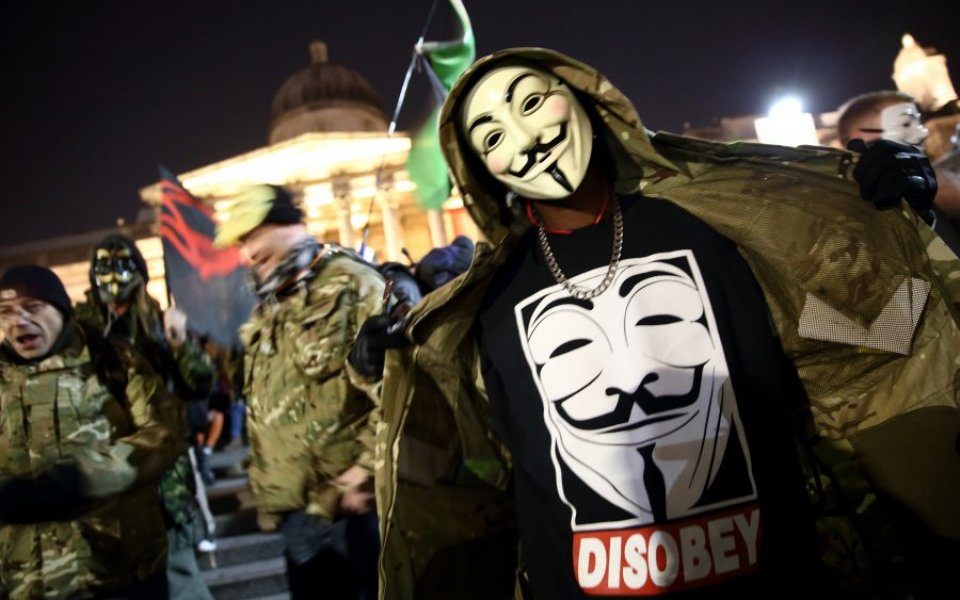 This year is different. Because a huge pile of shit did hit the fan. As we are losing our human rights around the world at an incredible speed, protests are necessary. In fact, I believe we are obligated to do so. For us, it is not an option to allow the fifth of November to pass unmarked this year. I believe we, Anonymous, can not afford the luxury to sit back and watch as our brothers and sisters all over the planet are slowly descending into a dystopian future. Of course, many of us were not quiet about it, and we kept observing and acting when we felt it was necessary. But the fifth of November provides an opportunity for all Anonymous to unite in the streets. To show the rest of the world that we are here and not going quietly into the night. That no matter what the authoritarians have planned for us, we will be there to push back against them, with every step they make.

“The motive for the March varies, but includes some consistent themes prevalent in the Anonymous movement, including: corruption in politics, demilitarization, police violence, and self-governance. The marches are set in motion to allow ordinary citizens to collaborate in order to create societal change through alterations to their governments. They are coordinated through a host of channels with most prevalent being word of mouth and social media. Hundreds of Facebook events and dedicated Twitter accounts are used to advertise the protest around the world.”

Years of political chaos and abuse inflicted on the people by an elite establishment intent on lining their pockets, we urge you to rise as one.

Welcome to the Million Mask March 2021, the yearly gathering of Anonymous.

Some technical details for this year below.

A promo video was dropped here:

Some art and additional info for events is available here at Raincoaster: Click

Plenty of activists are meeting in a Discord server here: Click

As Anonymous is not a group, and there are no leaders or members, it is always possible that a list is not complete. Even though we all try to keep the event list updated, if you can’t find an event, try going to social media and typing Million Mask March Yourcityname to find a location close to you.

Are you planning to start your own event? Be fast so we can help you to advertise it. The contact information is in the Pastebin, so if you just create the event, it can be added as soon as you send a message.

Update: Our brother Truman, a press freedom activist, suggested the following on Twitter.

Please put up #YellowRibbons4X at the MMM on 5th Nov or anywhere & tweet a pic, he is a Political Prisoner Kidnapped from Mexico and being Held HOSTAGE in a U.S Hell Hole in terrible conditions #FreeCommanderXNOW pic.twitter.com/MoxH02b7EM