The world’s failure to implement the Universal Declaration of Human Rights! 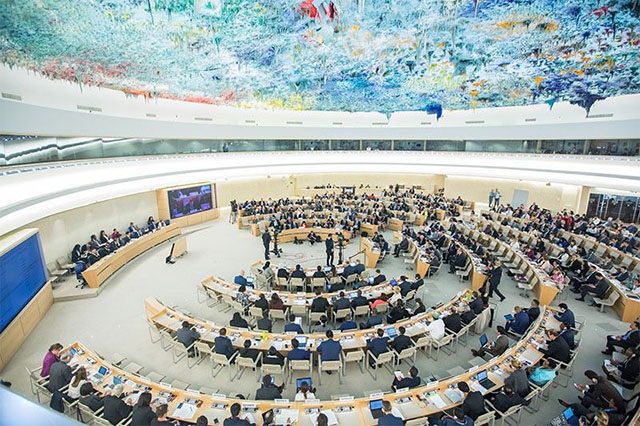 The promulgation of the Universal Declaration of Human Rights in 1948 was the most important achievement achieved by the United Nations in its history, and it could have marked the beginning of a new phase in human history based on the fact that it had reached a stage of maturity and agreed to protect human dignity, freedom and rights.

But 73 years after this declaration was issued, we must stop to see what its impact was. And what are the consequences of it? Why did the United Nations fail to obligate its members to implement it? What is the future of human rights?

It is certain that Western hypocrisy, double standards, racism, and a preference for colonial interests based on control, plunder of wealth, and alliance with dictatorial regimes; One of the most important factors that hindered the application of the texts of the Universal Declaration of Human Rights, and canceled the true value of those texts.

This means that America and European countries violated those texts when they allied themselves with the dictatorial regimes, and encouraged them to commit the most heinous crimes against humanity in order to preserve their interests

The concept of human conscience

The Universal Declaration of Human Rights used an important concept, which is the human conscience, and emphasized that the barbaric acts represented in neglecting and contemptuous of human rights constituted harm to this conscience.

This concept indicates that humanity has reached the high level of maturity and wisdom that makes it judge its conscience over actions, and depends in its assessment on the commitment to human rights, and that any violation of these rights constitutes an injury to this conscience.

This discourse that occupied the preamble of the Declaration is based on human ambition and hope represented in building a new world based on ensuring human rights, and that the Declaration expresses the belief of the peoples of the United Nations in human rights and in the dignity of the individual, and that these peoples have resolved to advance social progress and raise the level of Life in freedom

Why the United Nations failed to protect human rights?

The United Nations, its organs and organizations have turned into a tool in the hands of the United States of America. Therefore, peoples have lost confidence in the organization and in its ability to protect human rights, and the Universal Declaration of Human Rights has lost its luster despite the existence of concepts and texts that can form a theoretical basis for protecting human dignity and ensuring respect for it.

Thus, the world lost a historic opportunity to achieve peace and progress and to confront disasters and human tragedies, of which injustice, persecution, oppression and the arrogance of power were among the most important causes.

Could the United Nations have performed this civilized function and faced the cruelty and tyranny of states in dealing with citizens? Certainly, it could have played its role if it had been built on the foundations of justice and equality, and respect for the rights of peoples, and indeed it would have been a council for the human family.

But while acknowledging the failure of the United Nations, and that it is too weak to protect human rights, the Universal Declaration of Human Rights can be a starting point for the peoples’ future struggle against tyranny and the arrogance of power, and it is this struggle that can protect the human family from perdition and destruction.

Defending human rights and respecting their dignity is a great honor for any country or organization. It is this defense that confirms belonging to humanity, and it is a civilized achievement that deserves to be proud of. As for the violation of human dignity and rights, it is a disgrace and a crime against humanity.