The Repressive EU’s ChatControl Legislation in a nutshell 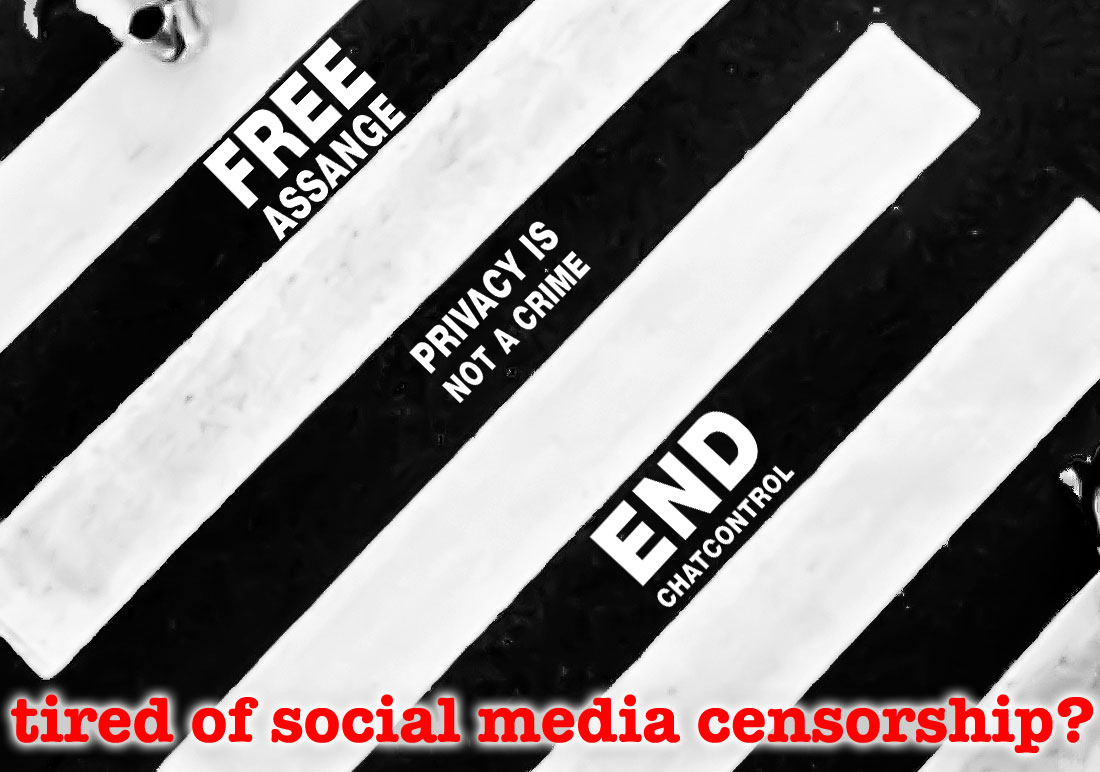 Freedom was always a state created illusion, today its everyone’s responsibility to make it a Reality!”

The more regulations implemented, the less freedoms there are in society. At this moment, what used to be a “free world” on paper or illusions, has turned to openly tyrannical dictatorship. Without privacy there is no Democracy. EU Commissionaires are turning Europe to mass-surveillance state.

ChatControl legislation will have an effect on all online activities. Including platforms that are currently protecting our privacy and identity. Everyone has heard about the Pegasus Project and NSO scandal. While Pegasus was injected to specific devices of the targeted person, EU’s ChatControl legislation, has no limit, everyone is becoming a target, regardless if they are suspected of any crime or not.

The new German “to be government” opposes ChatControl and abolishment online anonymity. A good news, unfortunately they alone cannot stop it, would they even stop it? Many other member states are supporting placing citizens under mass-surveillance and control. The most abusive legislation is adopted, without any media coverage and in secrecy.

Resistance haven’t been ever as important than it is today. We cannot afford to lose the war, the states inflicted assault, to demolish our freedom and rights! Resist ChatControl, save our privacy!

What it is and how it affects you?

Under the new legislation it allows internet service providers to use AI based scanning of your network, services and applications.

A new ChatControl 2.0 Legislation first draft is published between the December 2021 or first quarter in 2022 by the EU Commission.

What changes from the previous legislation?

If ChatControl 2.0 is adopted to law, it makes it MANDATORY for service providers to record your online activities in real time. It will end e2ee and demolish privacy from all your communication including in:

It will not only affect the people living inside EU borders, it scans all incoming internet traffic from all over the world. 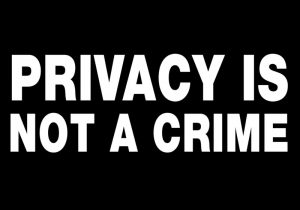 WHY you should care about this?

Second, intrusion to one’s privacy has a direct consequence on UDHR Article 19, that grants us freedom of expression and opinion.

Third, According to European Court of Justice:

Article 12 No one shall be subjected to arbitrary interference with his privacy, family, home or correspondence, nor to attacks upon his honour and reputation. Everyone has the right to the protection of the law against such interference or attacks.“

Article 19 Everyone has the right to freedom of opinion and expression; this right includes freedom to hold opinions without interference and to seek, receive and impart information and ideas through any media and regardless of frontiers.”

WHY ChatControl was introduced?

Originally, the UN called for the EU for better protection of children from sexual abuse in online. Many paedophiles are using online groups and rooms to approach children and teenagers. So far, the social media platforms like Meta/Facebook, Twitter and others have done very little to remove the child predators from their platforms. The study shows that AI based tools like ChatControl are not effective and have over 80% error rate, flagging innocent citizens as suspects, in the worst case their access to internet is blocked until proven innocent. AI based Mass surveillance isn’t justifiable intruding privacy of +500 million citizens communication. Only below 5% of the world population is a paedophile.

What ChatControl is in reality?

While ineffective in protecting children from sexual abuse, it offers a legalized spyware to the Governments, to eve drop, monitor and regulate any form of differing opinions, dissidence and critic against the establishment. Contrary to protecting children It places human lives in danger. 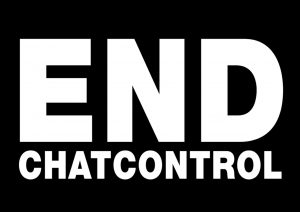 What are the dangers of EU’s legislative powers over national laws?

First, EU Commission is not formed from democratically elected Commissioners by 500 million EU citizens. Second, EU Laws are superseding national laws. Third, Citizens have no direct voice or choice to influence on EU’s legislations and power to implement them. Fourth, EU Commission is not hold into account directly by the citizens

Solution: A non-political direct democracy, people power, which isn’t influenced by the current people in power, or any political party.

WHAT can you do? 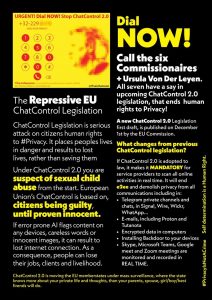 EU Ombudsman Link to file a complain (EU citizens, cases within past 2 year’s)