The arrival of Mandatory ‘Pegasus’ spyware in form of ChatControl 2.0 legislation 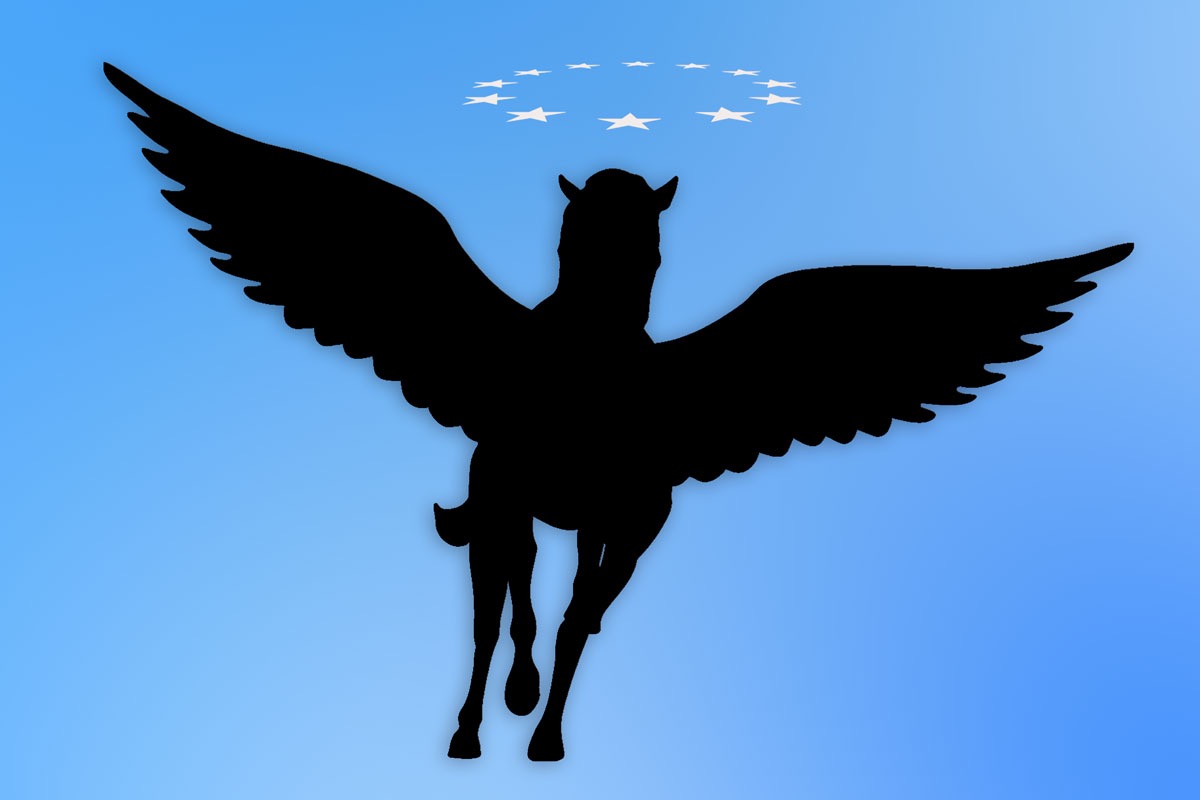 ChatControl Legislation is legalizing the use of illegal “Spyware” that uses AI to scan all private communication, of estimated 447.3 million people

The Mass Surveillance Legislation Governments are adopting, during the COVID19 Pandemic, while no one is paying attention to what they are doing. Europe and US are attacking Civil and Human Rights, placing everyone under illegal surveillance in 2021-2022.

EU Commission has introduced ChatControl legislation in 2020, to combat child abuse online by paedophile communities. The legislation was pushed through the different levels in rush, without proper consultation with the citizens. It was approved by the European Parliament on the 6th July 2021.

Many countries have issued “Emergency rules”, under Covid19 pandemic, blocking citizens access to free judicial processes, that normally would allow the people to contest such legislation, in national courts. Demanding government accountability, implementing regulations and legislation, that are directly violating fundamental human rights. Legislation like the Chat Control.

The German connection (German-Israeli Cooperation in Research on Civil Security and IT Security Call for Proposals for Joint R&D Projects Deadline for Submission: November 30, 2018)

AnyVision is specialist on “Camera”, Veego in “ISP” addresses, NSO on “Mobile phones” and Toka in “all devices”.

Financed by European, US based investors. Having governments as their main clients, to combat terrorism and curiously also addressing the ‘Child abuse’ in online platforms. The most recent scandal with Pegasus spyware, targeting journalists, human rights activists is just one of the many, not yet discovered scandals. NSO, Toka, AnyVision and Veego, are all addressing specific areas on devices.

How these are linked to an EU Chat Control legislation, is basically legalizing use of “Spyware”, worldwide, targeting everyone, using “Combatting Child abuse online” as a pretext. Endangering the privacy of the whole populations, not only the child predators. Some of these entities are listing already “Europe” as their clients, with the European investors and partners, exchange of knowledge and already developed tools are certainly taking place.

Bosch is investor both in AnyCision and Veego. EU Commission contracted Capgemini Engineering, Germany who is a preferred supplier to Bosch. Capgemini is linked to Toka sharing a Dell Technologies Capital as its partner and investor. AnyVision and Veego are both sharing Robert Bosch Venture Capital GmbH, as their large investor. In 2021 EU has awarded contracts that are, involving Capgemini group, worth of over 3220 Million euro.

The danger lies on, who is supervising what data is gathered? In April 2021, European Commission approved the TERREG legislation, allowing countries to search and delete “terrorist” content from online platforms. Terrorism is a broad concept. Any opponent to the Government, can be placed under the brand “Terrorism”. Trick used by many oppressive governments. In Cameroon, the Southern Cameroons, independence movement is criminalized as an act of terrorism, carrying sentences, including death penalty. In Palestine, the Israel government is killing and arresting thousands of Palestine people, including little children using terrorism as an excuse.

Legislation like ChatControl are providing the Governments limitless powers to monitor the citizens. It only takes few careless words or phrases fed to AI to search. Identifying anyone who has a different opinion. Journalists, Whistle-blowers, Dissidents, Human Rights activists are all placed in danger, as a ‘side product’ of legalizing a Mass Surveillance.

The original goal, child abuse using online platforms, will not be solved by using AI surveillance on people. The system is error prone, flagging over 80% of innocent citizens as child predators. Almost without an exemption, in the past paedophile/trafficking scandals, the law enforcement has been involved. High level politicians and other people in high positions. Exposing an important vulnerability of the ChatControl. Sending a report of abuse possibly to the predators themselves. One of the biggest scandals in the past was Marc Dutroux case in Belgium, in 1996.

In the wake of the eventual trial, 29 high profile businessmen, local police and members of the state police apparatus, the Gendarmarie, were arrested. 30 witnesses died under mysterious circumstances before being able to testify. https://thegoldwater.com/news/30668-Beast-Of-Belgium-Child-Exploitation-And-Cover-Up-In-The-Marc-Dutroux-Affair

Europe is not the only continent seeing mass-surveillance gaining ground, the recent revelation of Apple, also using “child abuse” as an excuse is scanning its Cloud and user’s camera rolls for susceptible images. Placing all its users worldwide under mass surveillance. Apple is extending CSAM to Siri and Search, informing authorities also, Siri and Search will also intervene when users try to search for CSAM-related topics. This function places investigative journalists, and investigators under a suspicion, while investigating child abuse case.

It is crucial to fight back, on August 12th the UN Special Rapporteurs issued a worldwide warning to the Governments, to refrain from using mass surveillance on their citizens. Will they listen, is another matter. European Commission is working on introducing a ChatControl 2.0, which would end e2ee, leaving all users devices vulnerable, not just governments AI scanning, but also for anyone else, who wants to hack your data. Including private personal information from finances, to medical and attorney client exchange, and other confidential documents.

EU Commission plan for 2022 – The arrival of Mandatory ‘Pegasus’ spyware in form of ChatControl 2.0 legislation

EU reacts to use of spyware NSO Pegasus

“What we could read so far – and this has to be verified, but if it is the case – it is completely unacceptable. Against any kind of rules we have in the European Union,” European Commission President Ursula von der Leyen said during a visit to Prague.

“Freedom of media, free press is one of the core values of the EU. It is completely unacceptable if this (hacking) were to be the case.”

“To prevent further abuse and harm to its users, Apple is also seeking a permanent injunction to ban NSO Group from using any Apple software, services, or devices,” the company said in a statement.

“Politician Norbert Mao, head of Uganda’s Democratic Party, tweeted last month, “When you wake up to a threat notification from @Apple that your iPhone is being targeted then you know that cyber terrorism from state sponsored cyber terrorists is real.”

Yet, the European commission is pushing ahead of ChatControl 2.0 legislation, that places Citizens, Journalists, Lawyers, Doctors, Human Rights defenders and activists lives and data at risk.

Why should our right to privacy matter less, when the leaders cry out loud when their confidentiality is breached? While in duty, serving in the public office they should be placed under unconditional transparency by default, that is seldom seen in practice. 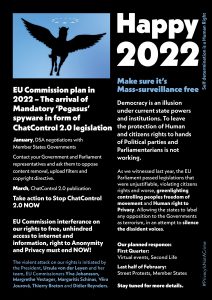