We will not show the papers: India united for freedom in a free country 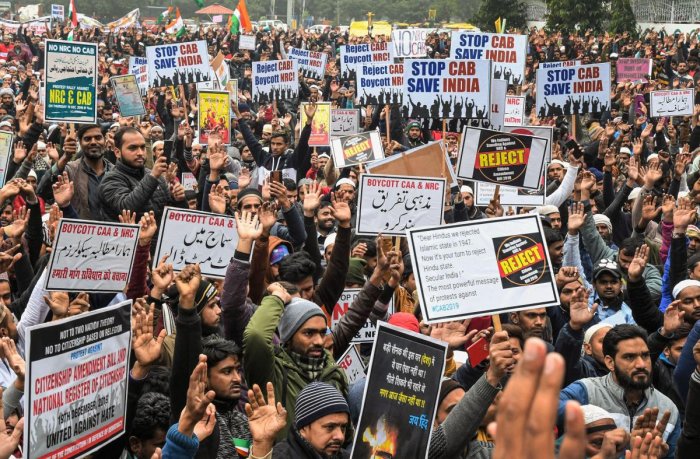 Year 2002
The state of Gujarat in India is riddled with riots between the Hindu and Muslim communities. Most atrocious crimes were targeted towards the minority community, the Muslims. The then Chief Minister of Gujarat took no action against the culprits; instead he has been accused of being a participant in the very crimes, allegedly the mastermind behind this genocide. Though nothing could be proved in court the international community took notice of this and this man was banned entry into the US, UK and EU countries for 10 years.

Year 2014
The ex-chief minister of Gujarat is now the Prime Minister of India, Sri Narendra Modi. Since then he has been successful in creating a barbaric, intolerant and chauvinistic society which is unsafe for minorities, the poor, women and anyone who tries to question the government. Journalism is almost dead, the GDP is at its lowest, the economy is on the verge of collapse (thanks to some of his dramatic but poorly planned and implemented schemes), the justice system is almost broken, poverty is at rise, unemployment is at its all time high,…..the list just goes on.

So what do you think is the government led by this autocratic Prime Minister is doing to address these issues? To divert the attention of all citizens from all his failings he is doing what he is best at, communal riots. According to the 3 recent bills that he is proposing all Indians will no more be a citizen of the country unless they prove it with a list of documents that is at least 50 years old. In a country like India, where people either don’t have such documents or they get destroyed in natural disasters, asking for such is another bolt to the common man, just like his earlier scheme of Demonetization. But this time the stakes are much higher after all every defaulter would be sent to “nazi style” detention camps. Families of the ex-President of India, and celebrated war veterans are already in one of those detention camps. The government was sure to get away with this strategy of fear like it has been doing for 5 years now with all their (his) policies. But something happened that he had not expected at all. The rise of the millenials.

The millennials
Often accused of being irresponsible, selfish, addicted to social media, video games etc;  also termed anti-national when they refuse to believe in the “magical powers” of cow pee or question the government over its impractical schemes. This very millennial took matters into their hands and raised their voices which till now had been boiling underneath for quite some time. They opposed the trio of bills that would divide India and go against its constitution. But their peaceful protests got interrupted by government led police force. The police attacked students with bullets and tear gas, rampaged libraries and public property were in flames. But to the ruler’s dismay this just fuelled the anger and now protests are being held by Indian students around the world condemning the government’s anti-humanitarian divisive policies. From IITs in India to Harvard in the US to Oxford in UK, the students stand united. This shocked the ruler who had proclaimed to rule (yes thats the word that he used) India for 50 years without any hurdle. Solution: Ban protests, jail the students, close universities, but most importantly shutdown the Internet (this is the present government’s go-to solution in every situation; the Internet has been shut in Kashmir since August this year). Sadly for them even these are not working in their favour. After all they can shut down the Internet in India, but what about the Diaspora? Can they silence us? This is one member of that Diaspora trying to make a contribution.