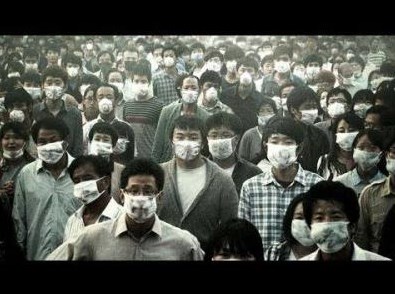 As of today, number of total infected people reached 7811, with 17 deaths. Over 15,000 Hong Kong medical workers join new union, threaten to strike unless gov’t closes its borders with China.

One of the temporary hospitals in Wuhan, China, based on the emergency of Wuhan Coronovirus is completed and powered up today (29th Jan), while WHO announced they regret for defining the virus not a high global risk and said person-to-person spread of the illness in Germany, Vietnam and Japan is worrying. Experts in WHO  are considering it to declare the virus a global emergency.

Researchers at a specialist lab in Melbourne, Australia grew a copy of the virus from an infected patient, which would help early diagnosis in people who have not developed symptoms yet.

China manipulates the use of testing kits for coverup.  One hospital worker in Wuhan told Reuters: “Some severely ill patients were left out from the final list for testing because they know they wouldn’t be able to be treated, the actual deaths were higher.”

On the other hand, there are better news. On January 28, a series of announcements were made by the Wuhan Institute of Virology, Chinese Academy of Sciences. The institute just developed antibody test strips for further research. Scientists in China have recreated the virus and shared its genome sequence, but not the virus itself.

Meanwhile, despite the fact that there is no cure for coronavirus in the same way that there is no cure for the common cold, for reducing symptoms, according to the joint research by the Institute of Toxicology and Drugs of the Academy of Military Medical Sciences, three said to be “old drugs”, Ramidivir or Lendesivir (Remdesivir, GS-5734), chloroquine (chloroquine, Sigma-C6628) and ritonavir were found to have better inhibited the new coronavirus (2019-nCoV) among the others. Lopinavir and Ritonavir are anti-HIV drugs which became effective against SARS in 2003. Considering the similarity between SARS and the Wuhan coronavirus, researchers are hopeful about them. Subsequent clinical use is currently awaiting approval.

For days, researchers in the province (Hubei), have been combining efforts in their research, hoping to best support frontline medical work in prevention and treatment of the virus. Ning Qin, chief physician of the Department of Infectious Diseases in Wuhan Tongji Hospital, pointed out that most of the patients infected with the new coronavirus were recovering well, only few were in critical conditions. Symptoms were found relatively mild in children, however more severe in elderly and those who are already ill. Referring to up-to-date epidemiology research, incubation period of the virus ranges generally between 3 and 7 days, while the longest does not exceed 14 day. She mentioned, as the new virus was observed having similar structure and symptoms with SARS-Cov, the pathogenesis could likely be similarly activated by the auto-immunity, which attacks its own organs in the immune system. However specific mechanism is not clear yet. Researchers said the virus spreads during its incubation period, like normal flu, however the WHO said it is unclear if it is contagious before symptoms appear.

On January 21, in response to the emergencies of the epidemic, the Provincial Department of Science and Technology launched the “2019 New Pneumonia Emergency Science and Technology Research Project”, and formed a new team of experts to speed up related research work. Led by the Wuhan Institute of Virology of the Chinese Academy of Sciences, the group researches on the 5 fields of “rapid detection technology product research and development”, “diseases, development, and outcome laws and clinical diagnosis and treatment”, “antiviral emergency drugs and vaccines”, “animal traceability research”, “pathogens and epidemiological research” were initiated. The actions were carried out to investigate into etiology traceability, aimed to reveal the patterns of symptoms and reacting mechanisms, as a basis in further developments of proper medicines and quick tests targeting this particular new coronavirus. At the moment, the Department of Science and Technology is working closely with this emergency project to develop potential treatment of the new pneumonia.

Wu Tangchun, Dean and Professor of the School of Public Health, Tongji Medical College, Huazhong University of Science and Technology believe that cutting off the source of infection could be the most effective strategy in prevention at the moment, and should be of utmost priority. In severe cases, the virus can cause pneumonia – an inflammation of the lungs. In those cases breathing may need to be supported at hospitals. Every one in four cases found to be severe. In milder cases, patients with higher blood pressure can be given an intravenous drip. Fluids can also be given in cases of diarrhoea, and ibuprofen for pain relief.

Screenings should be implemented in densely populated areas and hospitals and reporting of suspected cases should be encouraged. Medical staff should also be trained to better identify and diagnose early symptoms of the disease, be capable of screening early cases and isolate whenever appropriate. Considering the current situation, it is suggested that suspected patients with mild symptoms should stay home for isolation, instead of lining up at hospitals.

Based on the lack of holistic knowledge in the source and mechanisms of the spread, Professor Tongtang Chun suggested to prevent the new virus with general measures of respiratory disease and advised the public to prevent through sterilization, ventilation and proper medical protection. The public should remain rational and not panic with the epidemic. Currently Wuhan is under isolation with a lock down. Most traffic is banned. 11 million people are stuck in their homes, with the effort of lessening the likelihood of the spread of the virus. Inhibitants shout “Wuhan jiayou!” out of their windows  meaning “Stay strong Wuhan!”.

Schools in Beijing have closed indefinitely, and foreigners have been evacuated from Wuhan. Several flights got canceled in China. American Airlines suspended several routes scheduled for February and March. British Airways and German carrier Lufthansa also suspended flights, as well as airlines in India and Kazakhstan. The United Arab Emirates has reported four cases while there are new cases reported from Hong Kong and Australia. Infections got confirmed in France, South Korea, Japan, Nepal, Cambodia, Singapore, Vietnam, Taiwan, Canada and Sri Lanka.