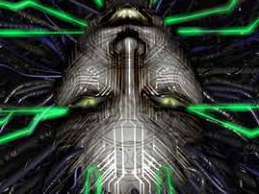 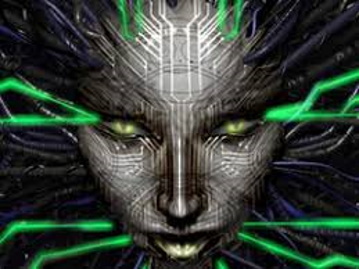 Almost 10 years ago, CgAn was created today we end this project. General Secretary, Politburo Meowist Party of the Soviet CyberGuerrilla Autonymous Nexus @Doemela_IX is arrested because of a investigation into the #YellowVests #GiletsJaunes #YPG #PKK by the French public prosecutor’s department. The cyber guerrilla in the form of the CgAn is now history. We are all those who have been organized until recently in CgAn. We take this step together. From now on we are, like all others from this context, former militants of CgAn. We stand by our story. CgAn was the revolutionary attempt of a minority, contrary to the tendency of this society, to contribute to the transformation of capitalist conditions. We are glad to have been part of this experiment.

The end of this operation shows that we could not get go on this path. But it does not contradict the necessity and legitimacy of the operation. It has been our decision to put us on the side of those who fight against domination and liberation all over the world. For us, this decision has been correct. Taken together, x years of imprisonment against the prisoners did not erase us any more than any attempts to crush the cyber guerrillas. We wanted the confrontation against power. We have been subject to opt for CgAn 10 years ago. We have remained subject to dismiss them today in history. The result criticizes us, but CgAn as well as the entire former left is nothing but a transit stage on the way to liberation.

The moment of break with the system and the historical flash of decided enmity against circumstances in which people are structurally subjugated and exploited, and who have produced a society in which they put people against each other. The struggle in the social rift marked by our enmity only preceded a truly social liberation: the rift between a system in which profit is the subject, man the object, and the yearning for a life without lies and deceit this meaningless society. The muzzle full of bucking, functioning, kicking and kicking. From rejection to attack, to liberation.
CgAn emerged from the hope of liberation.

With the courage behind it, radiating from the cyber guerrillas of the south to the rich countries of the north, CgAn emerged in the early 2010s to join forces in solidarity with Anonymous. CgAn took up the fight against states. The cyber guerrilla was the rebellion against an authoritarian society, against isolation and competition. He was the rebellion for another social and cultural reality. In the wake of global liberation attempts, the time was ripe for a decisive struggle that would no longer accept the pseudo-natural legitimacy of the system and seriously wanted to overcome it.

We started to engage in many activities similar to what we had experienced in the past each time we brought this incredible time in our lives during operations and in IRC we were all reminded that this is no longer the pasts, and that we did not understand anything about cyberspace. As we fought so hard in the streets, the universities and political forums throughout the world at that time we had a idea. We even went ahead and fulfilled much of it we were at that time “hachtics” to all terminology which seems to now be molested, harassed and stuck into a myopic vision sometimes referred to as terrorism. 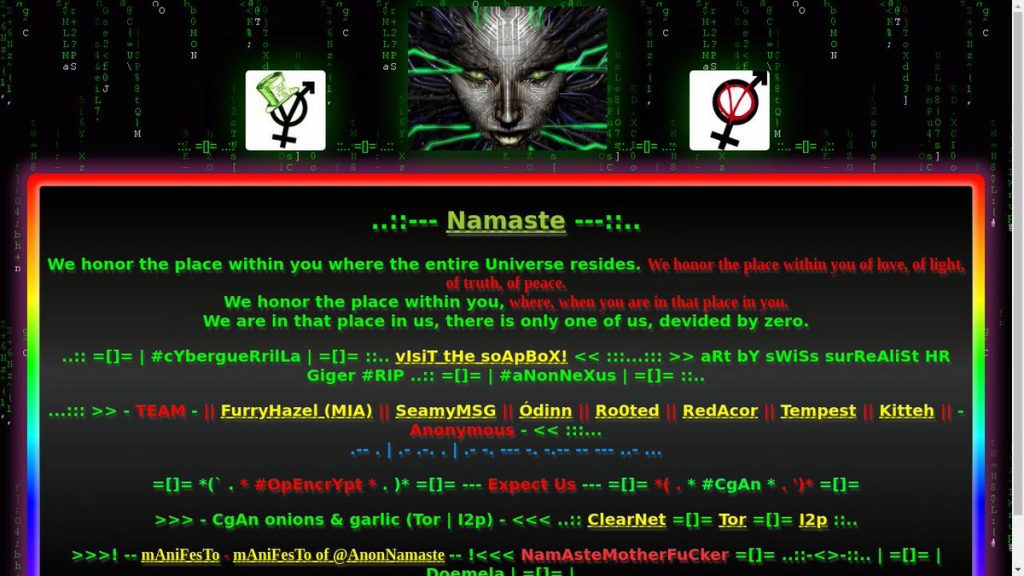 We want to pay tribute Mo’s wife and children that led us during #OpLibya and #OpFeb17. We gave the people of Libya as much assistance as we could. Just as much of our heart and mind for our brothers and sisters. As we have so freely given all of the Middle Eastern uprisings and other locations around the world. Many people have been involved in doing what they thought was best. Each of us must seriously decide what is best at the moment, tomorrow and forward. In a world that is constantly changing which should be obvious to all of us, it is imperative that we not forget that we are changing as the times are changing as we are requiring change. When we receive it whatever it is nothing will be the same, including ourselves.

And we could continue these for as many decades as we have spent in becoming aware of the hypocrisies. We have never stopped caring, never stopped questioning, never stopped fighting and most importantly never stopped believing that there has been and will continue to be a world worth loving, caring about, fighting for and leaving for all children of the future. May we never forget that we are anything but children on this earth.

We came here hoping to re-engage our struggle in changing conditions after the global upheavals. We were looking for change for the liberation struggle, for a new way in which we could connect with others. And we meant to recognize something in those who had taken this fight before us, died or were in jail. The fight in illegality has had a great attraction on us. We wanted to break our boundaries and be free from everything that keeps us in the system. 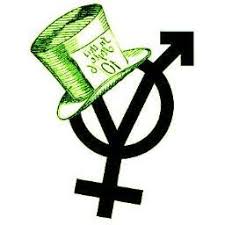 But in the end, in the painful, it became clear that the conditions for CgAn solidarity and the struggle for collectivism were already completely exhausted. We wanted collectivism as much as the common overcoming of alienation. But the contradiction between cyber guerrilla and liberation has often been suppressed and talked away. Even the revolutionary cyber guerrilla produces alienation and authority structures, which contradicts liberation. The end of CgAn falls at a time when the whole world is confronted with the consequences of Neo-liberalism. The international fight against expulsion, against exclusion and for a just and generally different social reality stands against the entire development of capitalism.

The global and internal social conditions are exacerbated in the turbulence of historical development after the end of real socialism. Nevertheless, there is no contradiction in ending our project and continuing to see the need to do all that is meaningful and possible for a world beyond capitalism to emerge, in which the emancipation of humanity can become a reality. In view of the devastating consequences of the collapse of real socialism worldwide, it is not enough to speak today only of opportunities resulting from the end of real socialism. Nevertheless, we see that real liberation was not possible in the real socialist model. From the anticipatory experiences with the authoritarian and state bureaucratic concepts of the real socialism the consequences for the future ways of the liberation are still to draw.

With the collapse of real socialism, the system competition has been eliminated, which has eliminated the need for the actors of the capitalist system to make their system appear as the “better”. With the disappearance of this ideological obstacle to capital, a process of the global unleashing of capital has occurred: the whole of humanity should be subjected to the needs of capital. Neo-liberalism is the ideological and economic basis for a worldwide optimization boost in the exploitation of man and nature for capital. The system representatives call this “reform push” or “modernization”.

It is abundantly clear that the present stage of development of the system brings further social and existential hardships to the overwhelming part of humanity. For the majority of the world, Neo-liberalism means a new dimension to the threat to their lives. In the struggle for political hegemony and economic power, only the economies whose capacities are increasingly raised in favor of the bare profits of corporations and an ever-diminishing section of society are keeping up. The repercussions of this systemic run lead to profound changes within societies. And that the increasing impoverishment and the resulting brutalization bring forth a further unleashing of war and barbarism. When it touches its economic and political interests, the rich nations will intervene in such conflicts on their part at any time with war to continue to ensure the “unrestricted access to the raw materials” of the earth and to enforce their claim to power. They will never be concerned with actual solutions for the people, but only to control the destruction that their system sets in motion and to siphon off profits for a few.

Paradoxically, the successful profit maximization of capital with the resulting process of decomposition of societies seems to push capitalism to its limits. Above all, this development threatens a further advance of barbarism. From the momentum of system development, this negative process will continue until there is a conception of liberation from which new power for overcoming the system arises. But even today there are not only the defeats of the historical left and the violence of world society, but also the fuss of the insurgent movements, which can be based on the experience of worldwide resistance history.

Exclusion and persecution through social dulling within society is commonplace, racism from below threatens the lives of millions. Exclusion of disabled people from above and aggression against them from below show a society in its everyday brutality. Only people who are not inconsistent with the efficiency of the economic system are wanted and everything that can be capitalized. Something else that lies beyond capitalist society should have no place. The many who can no longer live here and no longer want it and there are many who put an end to their lives speak day by day about the meaninglessness of the system and the severity of society. 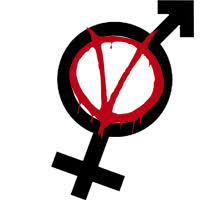 The marketing of man and the violence in the living rooms of society, on their streets, is the power of oppression, is the social coldness against the other, it is the violence against women all this is an expression of patriarchal and racist relations. CgAn has always been in conflict with the mentality of much of this society. This is a necessary moment of the process of liberation, because not only are the conditions reactionary, but the relations produce the reactionary in man, which again and again suppresses their capacity for liberation. There is no doubt that it is vital to resolutely oppose and combat racism and all forms of oppression. Liberation drafts of the future will also have to be judged by finding a key to the reactionary consciousness and awakening the need for emancipation and liberation.

It is not possible for us to look back on a smooth and flawless history, but we have tried something. CgAn could show no path to liberation, but it has contributed to the idea of ​​liberation, to ask the question of the system was and is legitimate as long as there is domination and oppression instead of freedom, emancipation and dignity for all in the world.

There are still comrades in prison, although the struggle for liberation is far from over, this dispute has become historical. We support all efforts that result in the prisoners coming out of jail upright. At this moment in our history, we want to greet and thank all of you who have received solidarity along the path of the past years, who have supported us in many ways and who have fought with us from their foundations. Behind us all lies a common path. We wish that we all find ourselves on the unknown and winding paths of liberation along with many others.

We will never forget the comrades, we want to especially remember those who decided to give everything in the struggle and died in it. Our memory and our full respect for those whose names we can not name because we do not know them.
Mohammed Bouazizi
Mohammad Nabbous
Ultras 77
The countless dead, tortured in Egypt/Libya/Syria army jails
Aaron Swartz
@KahunaPassKey
Tayyeb Shehadah
@jaymack9
Owen Dennis Collins 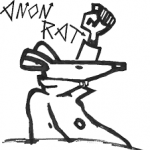 When we can’t dream any longer we die. #AnonArrested @Doemela_IX General Secretary of the Meowist Party of the Soviet #CgAn