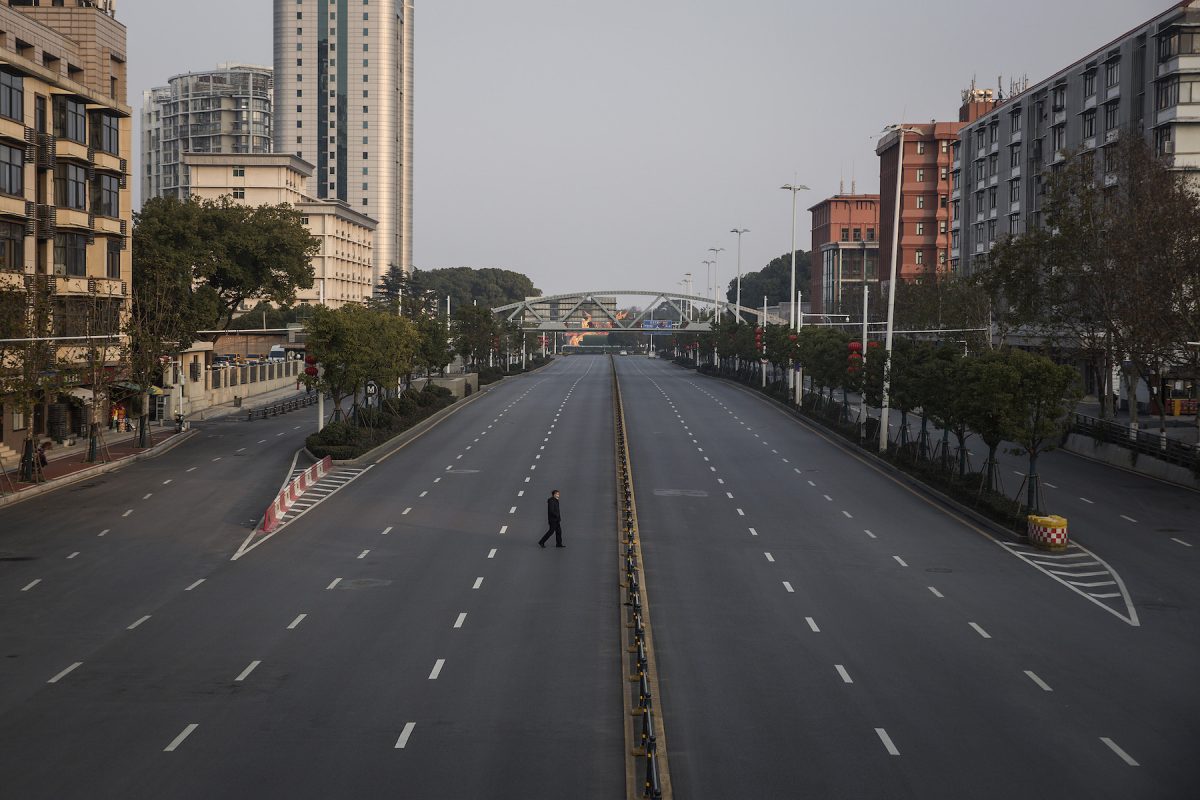 As of 13th Feb, the total number of diagnosed cases in China have exceeded 59882, where death toll reached 1368.  Hubei province, where Wuhan is, reported 1310 cases of death from the new Coronavirus, the 55 other deaths were found in 20 other provinces including major ones such as Beijing, Shanghai, Guangdong, Henan, Hebei, Chongqing, Hainan and Heilongjiang.

Outside China, diagnosed cases were reported in 25+ countries, and death case is bounded at 2 in Hong Kong and the Philippines.

Until the moment, the followings are the number of new and total diagnosed cases reported by the respective countries.

Regarding the limited resources and hospitals in handling and treating the large number of patients and potential patients of the new corona virus, the Wuhan municipal government had decided in late January to build two makeshift hospitals, namely Huoshenshan Hospital and Leishenshan Hospital, each in 10 days.  The announcement was shocking to many, thinking it was impossible to construct such gigantic structures in the given time. But with 10 days of tireless work of the workers, they brought the world into even more shock by actually completing them on time.

The infrastructures of Huoshenshan Hospital was built during the period of 23 January to 2 February 2020, and then beds and supplies were delivered in.  The second one, Leishenshan Hospital, was built between 27 January and 6 February 2020.  On 8 February, the beds were settled in and at night of the same day patients were admitted.  From now on, both the hospitals would be running under the control of the jurisdiction and management of the People’s Liberation Army. 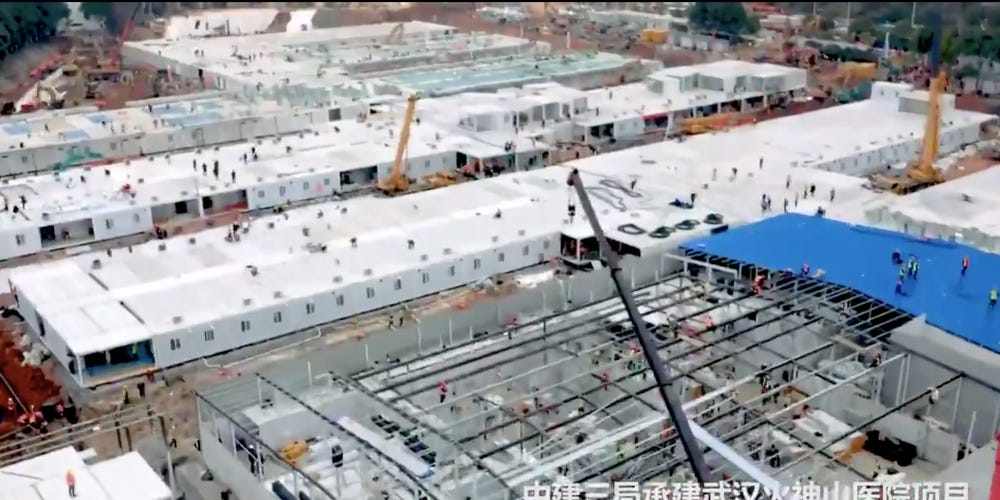 According to pictures from various sources, the hospitals are warehouse-like, with around 8 big compartments, each containing over a hundred of beds.  The compartments, however, are not made up of wards but are of spacious halls.  Photos have shown that isolation between the beds is minimal, each spacing only around 1 meter to each other in these “isolation camps”.

Even though the efforts of completing the hospitals in such a short time is highly appreciated, the public have expressed concerns about the hygiene and management of the new hospitals.  With questionable adequacy in basic facilities such as washrooms, the public doubts whether the isolation would be the best option for authorities in the attempt of shutting down the spread of the virus.

The first emergency makeshift hospital Huoshenshan Hospital accommodated 1,000 beds upon completion, and the second one, Leishenshan Hospital accommodated 1,600 beds.  With reference to the videos and photos taken in the established hospitals in Wuhan and the large number of diagnosed cases reported by the Wuhan regional government, we can expect the two new hospitals to be much packed soon after completion.

Some of the videos online have shown that bunk beds are used in the isolation camps and some even have mentioned that the washrooms are outside of the buildings and that patients have to walk for 200 meters to reach them. And do not forget, having 1,600 patients crammed in the same hall means the 1,600 people are expected to share all the facilities, including the same washroom.  These scenes pose concerns as cross-infection is prone to happen given how concentrated the patients are gathered with no barrier at all placed between them.  Even with the two newly built hospitals, the city is yet having enough place to treat over 30,000 patients.  Therefore several schools and convention centres were turned into temporary “hospitals” to accommodate them, and conditions in these sites are just as worrying, if not more.  As such buildings were never built at the first place for people to live in, patients are arranged to sleep between desks and in the lobby right at the main entrance.

Until the moment, Wuhan is still under strict quarantine, while many other major cities are under different levels of quarantine.  Two of China’s most important cities, Shanghai and Beijing, are under milder quarantine.  Where passage through the cities, despite being under inspection and highly discouraged, is still possible. 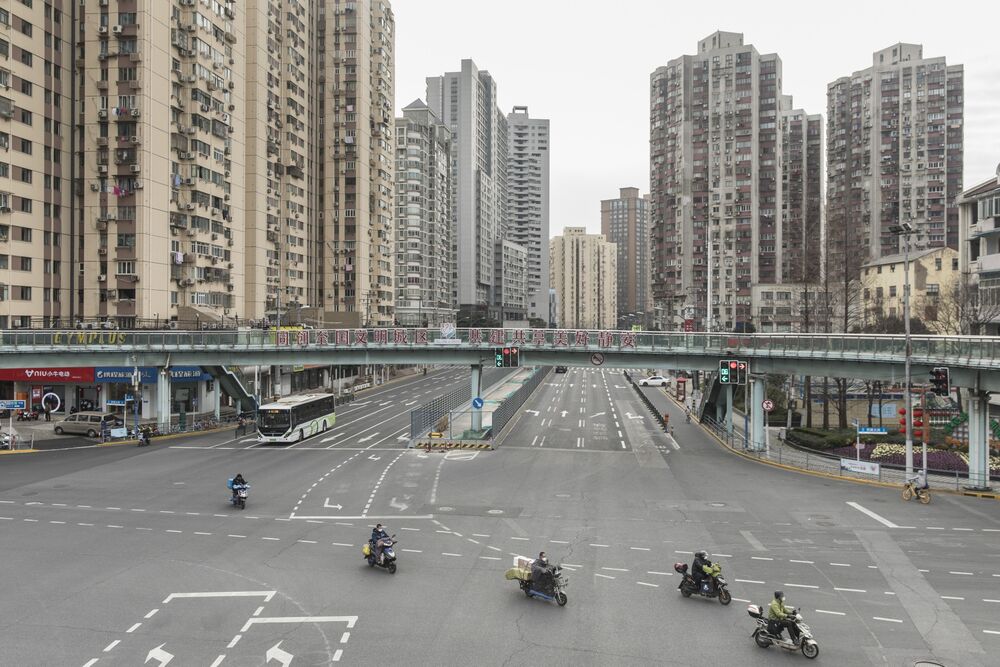 Zheijang on the other hand, a city neighbouring Shanghai, is under Wuhan-level draconian quarantine.  The number of times people can go out of their home, and the period of leaving, are under strict control.  With the paper issued by authorities, only one person from each household would be allowed to leave their house every two days, with the period of leaving limited.  In cases where citizens did not obey, authorities had to venture to other means and either lock them inside their own houses or  take them to isolation centres.

The same is happening to Wenzhou, Hangzhou, Ningbo and Taizhou.  Which in total has a population of over 30 Millions.  Adding up with the population in Wuhan, over 80 Millions are in the same condition of extremely strict quarantine.  Luckily with the popular and well-established take-out system in the major cities, most under isolation at home could be delivered their meals and supplies.

The Chinese government starting in mid-January had forbidded individuals in spreading “rumour” by law.  With the vague definition of rumours, the government had detained numerous citizens regarding the 884 “negative rumour messages” until 7th February.

In Yunan, 5 medics were reportedly detained and arrested for spreading rumours.  Several independent reporters/ whistleblowers including Chen Qiushi and Fang bin had gone missing as well, after exposing footage and information about hospitals in Wuhan. 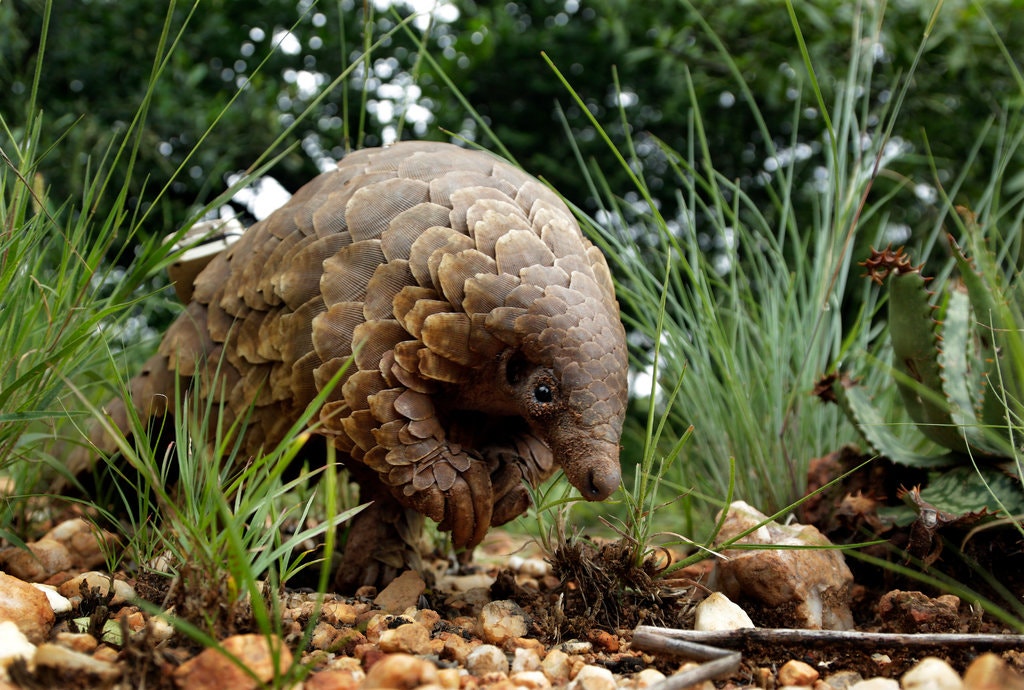 Recently one of the critically endangered mammals, pangolin, is suggested to be a possible host of the corona virus before transmitted to human.  However the link is not as clear as bats being the original host of the virus, and scientists are still looking into the connections.

Pangolins could likely be a host as they are one of the most trafficked mammals, which also was available in the Huanan Seafood Market where Chinese authorities took as the origin of the outbreak.  It might also be more likely for pangolins than snakes to be a middle host as similar coronaviruses were only found in mammals from previous outbreaks.

5. Danger in Transmission through Steam

Zeng Qun, the deputy head of the Shanghai Civil Affairs Bureau, mentioned on a press briefing that the virus as one of the new members of the coronavirus family is capable of aerosol transmission.  The claim could be seen as related by a case in Hong Kong, where 9 people was confirmed diagnosed with the virus after sharing hotpot and barbecue meal.  In spite of the difficulty in tracing which exact meal they share that had them infected, doctors in Hong Kong have pointed out that the virus could likely be carried by the droplets in the  steam from atomization to up to 3 meters.  It is advised that meals involving more people, hotpot being one of them, should be avoided whenever possible.

Misinformation and fear of the virus have impacted New York though there is yet any confirmed case of the coronavirus in the city.  Due to the negative perception towards Chinese products, especially food, restaurants in Chinatown recorded a sharp sales drop in the past month.  Restaurateurs in Manhattan’s Chinatown had a sales plummet up to 70% in 10 days.  The drop was attributed by not only the decline of local customers because of the fear, but also the decline of Chinese tourists as a result of the travel restrictions in the US and the travel ban in China itself.

Do These for Yourself and the People Around You

As the cases are still on the rise, keep in mind that the virus is not inevitable.  There are parts that we could take to lower the risk of being infected.  The followings include precaution measures suggested by WHO and other public health authorities: