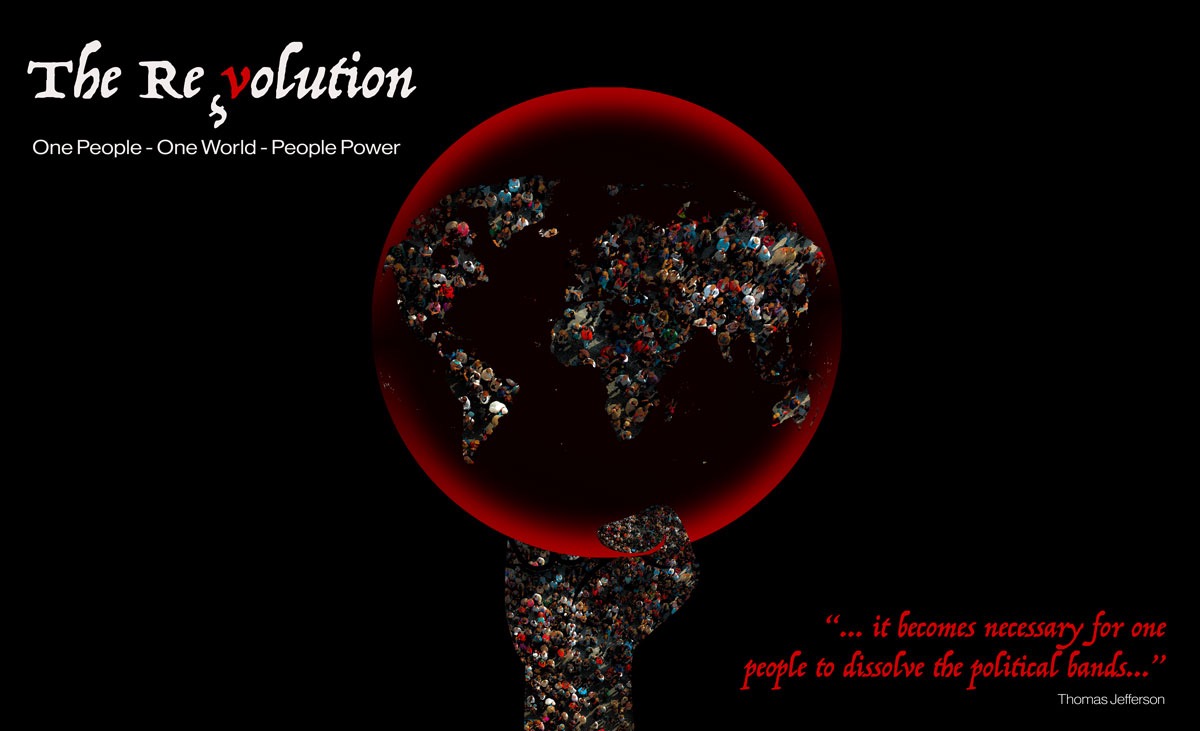 “… it becomes necessary for one people to dissolve the political bands…”

Freedom comes with the consequence of taking responsibility.

Present power structures are a threat to democracy and a threat to our internet freedoms;
Right to Privacy
Right to how our Data is used
Right to access truthful Knowledge
Right to Medical decisions
Right to self determination
Right to Human rights set in Universal Declaration of Human rights
Freedom of the Press
Freedom of Speech
Freedom of Opinion
Freedom of Assembly
Freedom of Movement
Access to a fair justice system that applies the rule of Law not a government or corporate agenda.

These are Fundamental Human Rights and must be protected.
At present they are not and are consistently being violated by power structures (governments) globally.
Do they assume we are too ignorant or incapable of making our own decisions?
Do they try to make us ignorant and incapable so they can decide?
We notice the civic space is narrowing and our freedoms being eroded.
In many countries there are legislation’s in place which allow the citizens the right to demand Government Reform.
This is what should be taking place to save sinking democracies that are becoming authoritarian dictatorships.

We are proposing country specific, EU wide ‘Call for Referendum’ demanding reform of the Governance and decision making.

Currently parliaments supposedly representing the citizens are working more to serve political interests and lining pockets than the interests of the people they are elected to serve.

As if there is any democracy left, we the people have the right to demand reform.
In the event it is denied, it delivers the answer to our fears, that this isn’t just an illusion but a harsh reality, a truly Orwellian dystopian nightmare.

ChatControl (e-derogation), TERREG, GreenPass, …. these are all state spyware on every device – on every citizen. GreenPass and QR-codes … state denying people accessing service of their free choice, blocking people to travel at their free will. Police forces beating protestors, encouraging their dogs to bite citizens.

We need to defend our Human Rights and fight back.

CALL FOR REFERENDUM – DEMAND FOR REFORM IN GOVERNANCE STRUCTURES:

OF EUROPEAN COMMISSION AND ITS 27 MEMBER STATES GOVERNMENTS

Proponents, who are registered voters of the European Union, sponsoring the petition for Referendum:
The citizens of EU 27 countries

We, the undersigned citizens of the European Union are supporting Direct Democracy, that functions directly under our/Civil Society supervision.

As a members of society, we are concerned to see the amount of new surveillance measures implemented and our freedom of speech, opinion, assembly and freedom of the press are getting suppressed.

The state and corporate controlled media are applying censorship on content that is unfavorable to the Governments. As citizens, we have the right to know the truth, regardless how unfavorable or threatening it might be to present powers.

Our Human right to access unhindered information involving matters directly affecting us, is getting censored and sealed as state secrets, negotiations taking place in behind closed doors, without full transparency that the politicians pledged to, without implementing their promises.

Our free access to global internet is getting restricted. Information and knowledge are human rights and no state or a trade union should violate this right.

We are deeply troubled to see how the European Commission is making recommendations over our bodily autonomy and right to make our own medical decisions. While COVID19 is a pandemic serving our attention, there isn’t justification to turn the whole region to one, ruled by a medical tyranny. The measures are disproportioned.

European Union is functioning under political personal who are not elected by the people. We are contesting the validity of any legislation, that isn’t implemented by holding a EU wide referendum and / or direct vote.

The spending and allocation of public funds. The economic is suffering from inflation, prices are increasing, but purchasing power is degreasing. Increasing social security contributions for low- and middle-income households is further blow that increases inequalities and pushes people further down to poverty. Corporate taxation rate of 15% is a slap to citizens face, while the rich gets tax cuts and exemptions, the people can hardly afford to buy their daily groceries and pay rent.

The EU and countries Defense and Military spending, arms trade, forming coalitions, EU Military and NATO have been increasing, regardless of the pandemic emergency. We denounce taking part or getting involved “In our name” on US partnerships that destroys humankind everywhere. It is our right, as a citizen to decide where and how our tax money is used. With whom we decide to become partners with.

Transparency, any Government and EU Commission negotiations in regards to Surveillance, Budget allocations or Pandemic measures must be made together with a direct participation of the citizens. At the present, the EU and the Governments have signed large number of military cooperation, surveillance and big pharma contracts in secrecy.

Freedom of movement, that is regulated with a QR-code based pandemic safety measure has proven to be flawed. As evidence shows the vaccinated people can get infected, carry the virus and infect others. Invalidating the use of GreenPass completely.

To restore peace and respect to Human Rights the reform of governance is essential.

The citizens of EU 27 countries