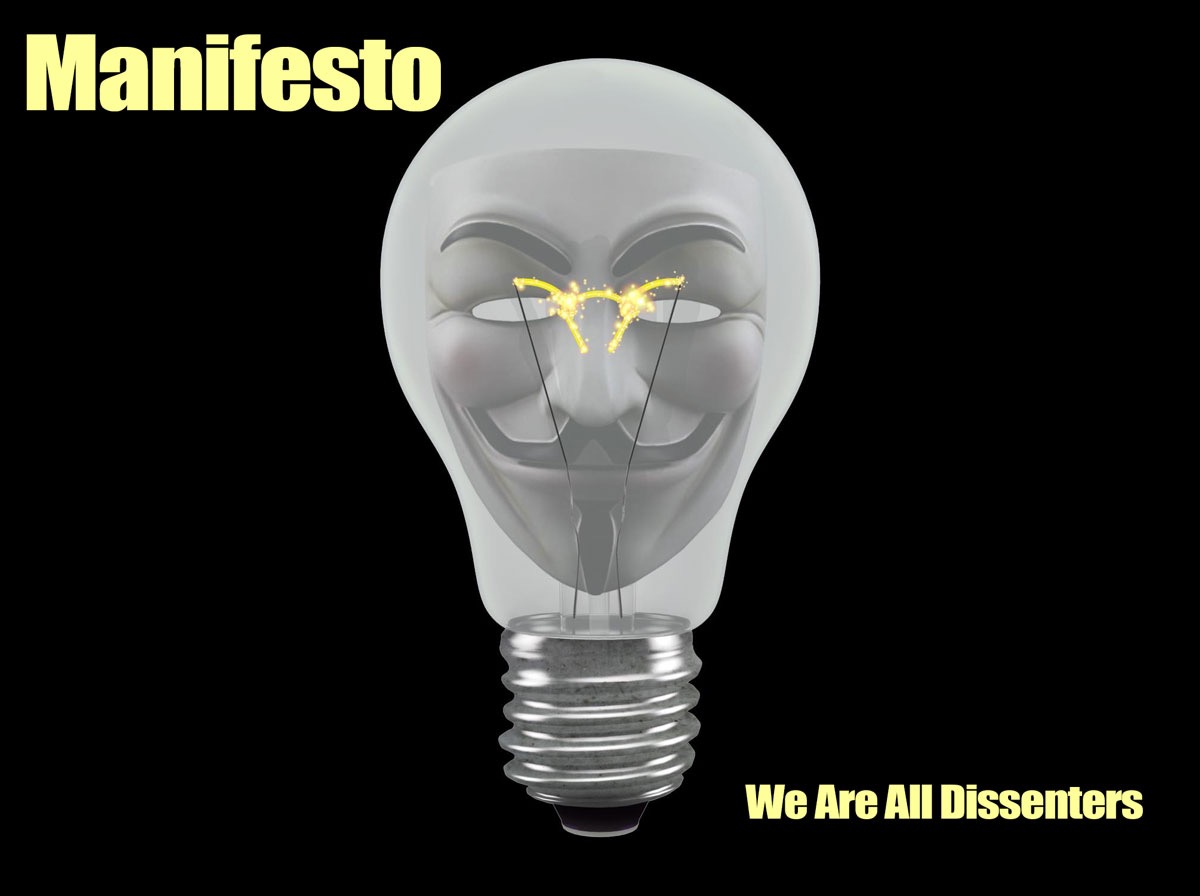 “Anarchism is freedom without violence.”

If we can’t breathe freely, speak freely and exercise our rights for freedom without interference, maybe we should divorce the society?

Freedom is the cure

for suffocation. No-one can rule the thought or idea, it’s the liberty of each individual to decide for themselves and respect the same liberty of others. We don’t need another system ruling over us, when we can have a world without domination in freedom.

In existing system, the fault is who rules over it, rather than in the system itself.

The solution is to take over the system and change the rule of power to community driven one, decentralized “governance” run as a collective without leaders.

Denouncing the current power structures means taking responsibility over our own lives. Focusing on making our dreams to become the reality.

There’s one group, taking sides and dominating others. The countries leaders, their faithful servants, the military and the police force, engaging in inhuman and brutal suppression of the ordinary citizens. There is the “enemy”, the teachers of hate and racism, destruction and manipulative lies. Stealing from the common budget to kill citizens in other countries. Distributing propaganda, and again teaching us to, “hate” the terrorist criminals, the babies, mothers and children who’s houses gets blown away. Teaching us to “hate” the whole nations, different religion groups, races, labelling them under the name TERRORISTS! While the terrorists lives among us, smiling and making empty meaningless statements. Lies, corruption and manipulation for personal benefits.

This is why we believe, we can change the world, by distancing, disobeying and claiming the power to rule over ourselves. Denouncing the unlawful regulations used to oppress our rights and the rights of the others, spying into our private space and trying to manipulate and coerce us to become blind citizens obeying the unjust laws. As long we refuse, we resist and disobey, in the end they lose, because they can never control an idea.

We know, we are not the only ones that think this way. This is our non-violent revolution to free the world from insanity and dictatorship. It’s the beginning of a revolution, towards the world where everyone is free from domination and discrimination.

Anarchism isn’t driven by selfish mindset, it’s a collective of millions of people without seeking to dominate or rule over another one. 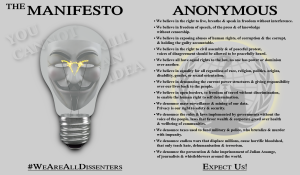